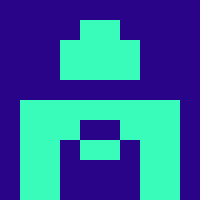 The legacy began on May 24 1978 when I, Chaps (Mark Charmbury) was born. My earliest hip hop memory is of my dad bringing home Run Dmc Raising Hell. I still have that cassette to this day and I have to thank my dad for steering me in the right direction as far as music is concerned. The only other memories I have are of breakdancing (or should I say watching his brother then trying to imitate him) in the basement of a neighbour with “Tougher than leather” in the boom box. This was the foundation I had to build on. Not bad for a prairie kid in the 80’s.

Towards the end of grade eight I was listening to the likes of Naughty by Nature, Public Enemy, Black Sheep, and similar groups of that nature.

High School, upon entering high school I picked up an album that would effect the course of the rest of my life. Leaders of the New School: A Future Without A Past. This album with out question has had the greatest influence on me. This is how…One hot September day (‘92) I found myself on a bus on my way to hear some speaker for English class. I was sitting on the bus listening to “International Zone Coasters” just buggin out, when this dude (M.Phasis) who was sitting across from me asked what I was listening to, I replied L.O.N.S. the dude flipped he couldn’t believe it. At the time here in Saskatoon there were only a handful of people that listened to hip hop. This was out of the ordinary. We started talking hip hop and we have been friends ever since.

M.Phasis introduced me to a lot of hip hop I would not of heard otherwise, and it turned out that his uncle (Kool Curt) our football coach was a DJ. This was the first DJ I ever encountered. I still remember going over there like it was yesterday and seeing all those thousands of hip hop records. I had died and gone to heaven, this was it!!! Watching Curt mix and do doubles was one of my biggest inspirations and the tapes he made are forever embedded in my memory. Thanks Curt for the inspiration.

The next big hip hop moment was in ‘94. There was this hip hop show being put on by Epic, DJ Parkay (Sasafras) and DJ Tee at this abandoned bank. This was the first time I was at a party with DJ’s and dope music!! The scene was thick and then DJ Tee broke out this routine on “Runs House” and brought the house down.

That party was cool cause because M.P and myself hooked up with Sasafras and his brother Shrimpy who were also just starting out in the hip hop game. I was beginning to meet people in my own city that loved the same music that I did. I learned a lot from Sasafras and continue to today with regards to hip hop and life in general. Thanks for the inspiration to do things right!

In Grade 12 me and M.P decided enough was enough and we picked up some turntables and a Realistic mixer that everyone else I know had at some part in there lives. I started putting in work and M.P was doing the same. We hooked up with this kid Acrobat soon afterwards and Basemental State, this city’s best duo of mc’s was born. After kicking mad freestyle sessions we hooked up with Epic who was looking for mc’s for his split mixtape with Sol (soso). The three of us went over to sol’s and Acrobat and M.P impressed the fuck out of him. We continued to hook up with these kids. Through them I met Knowskills, Deluxe (Phosphate) and The Fallguy. They had a DJ crew that I sort of just fell into towards the end of ‘96.

Knowskills had a radio show that I used to listen to before I knew him. Now I was kickin it there every week as a regular. We did our first mix show on Christmas day in ‘96. Now I am in charge of the show, good looking out to Knowskills for handing down the torch to your man Chaps and for your continued help and dedication to ensuring hip hop is on the radio waves.

I made my first two mixtapes with my P.N.C. Knowski and they were both a good stepping stone and the established and broke a lot of ground and cleared the way for all tapes to come.

What now…Basemental State broke apart due to Acrobat getting M.P’s ex-girl pregnant. M.P. and soso hooked up and left me in the shadows or should I say on the outside looking in. I am a member of the world famous Beatcombers and having more fun than is humanly possible. Big up to Funky, Nates, Chico, M.Phasis, Innate, soso, Knowskills, Epic, Factor and everyone else that supports and loves hip hop.

I guess I’ll continue on my quest to own 10,000 shitty records as opposed to soso’s 300 dope records. Keep on rockinit on the airwaves and spinning at the Z and put out a few more tapes and most of all keep on having fun with hip hop because to me that is what it is all about.