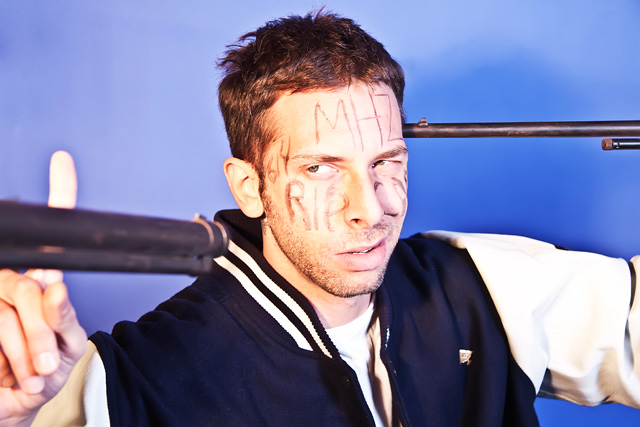 If rap and the internet are as common in your day-to-day as light and water, you’re likely familiar with Copywrite’s very public scraps which have surfaced over the past few years, but if you’re looking for some insight into that dirt, you won’t find it here. The artist formerly known as Copywrite78 last appeared in the “pages” of ugsmag in 2000 and when we spoke, I was surprised to find a humbled spirit, one that “almost gave up rapping for God.” Impressive sentiment from the seasoned battle rapper and hub of the Columbus Ohio group MHz (consisting of RJD2, Jakki, Tage and formerly Camu Tao if you didn’t know). Although MHz shed a member with the death of Camu Tao a couple of years ago, the remaining members hope to come with a new project due early-mid 2011. Today Copy is busy performing, shooting videos and aligning himself to all things promotional for his latest solo project The Life and Times of Peter Nelson which dropped in November.

What’s the story behind MHz, how did you guys form?

We used to be in a big crew; me Camu Tao, Jakki and a bunch of other guys that nobody’s ever heard of. Somebody in Columbus named Intellect wanted to work with Camu – ‘cause he felt that Camu had delivery; Camu was the most ready to be on a worldwide level. We broke up from [the crew] and formed MHz. Long story short, it was me and Camu and then we met Elliot (Tage) – and we thought he was incredible as an emcee – we met RJ [RJD2] when our DJ kinda flaked on us. After he DJed for us, we discovered that we liked a lot of the same shit.

How much material do you guys have, do you have any secret stuff?

We pretty much put out all the unreleased stuff on Table Scraps, but we’re working on a MHz album right now; me and Jakki, RJ and features from Tage – he’s like the secret weapon of the crew.

Do you like any freestyle rappers? Do you have a preference of pre-writtens vs. freestyles? What are your feelings on the battle leagues popping up?

I pay attention to it, a lot of those people are actually friends of mine…there’s a lot of good emcees in Grindtime. I think it’s a brilliant idea; that’s the format I prefer and the format I kind of grew up doin’ it in. After 8 Mile there was a slew of paneled battles and I don’t like that ‘cause an emcee can hide behind a beat. If everyone’s favorite beat comes on, then the emcee gets cheers for the beat, but if you fuck up, you can’t hide your flaws. Acapella’s more like stand-up comedy, to where if you fuck up, everyone’s going to see – you have nothing to hide behind. So I feel Grindtime is ill – shout out to Lushone and the whole Grindtime fam. 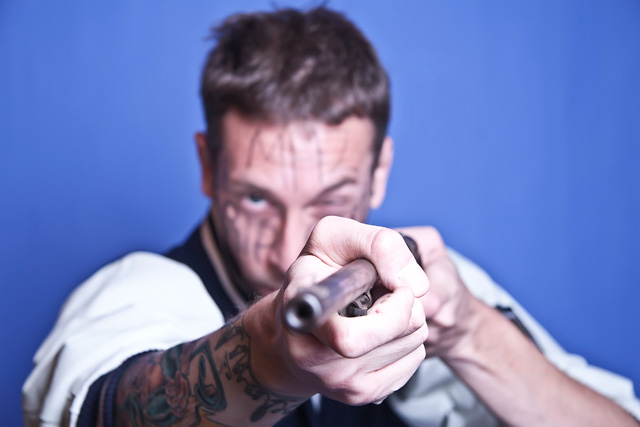 Is this kind of change bound to happen? Is it weak to rap “pre-writtens” in a freestyle battle? Should emcees be encouraged not to rap over a beat?

I mean…everybody does writtens, that’s the whole thing. They might mix up a few lines here and there and like their first two bars might be off the head just to make it seem like they’re really freestyling…and I don’t think I’m outing [anyone]. Freestyle off the head is cool, but you’re gonna hit a brick wall if you freestyle off the head – you can only be so good. You’ll start saying “freestyle…meanwhile and senile,” really soon; you’ll say a bunch of usual suspect type words, the shit that everybody says in freestyles. I’d rather someone come with some written, incredible shit. I always looked at it like this: if you’re gonna have a house built, do you want the guy well-prepared, with a blueprint and all the tools or do you want the guy on the spot looking for branches and twigs. I feel like you should come with an arsenal of shit. I love freestyle, but there’s a time and a place for it.

Your album The Life and Times of Peter Nelson came out this month, tell the people what it’s all about…

Croked-I is on there, Dilated Peoples on there, Motion Man is on there, MHz, Sean Price is on there…this whole album was recorded in California, I was living out there for the greater portion of 2010. A lot of the collaborations that came about were a result of that; if I weren’t out there, I wouldn’t have gotten up…’cause MF Grimm lives out there, I recorded the shit in person with Grimm; in person with Crooked. That’s an emcee I respect a whole lot…just because of his lyrical ability and his flow; what he can do. I felt like working with him was a fun challenge, not to get outshined – to get burnt by Crooked. I’m really proud of the album; I think it’s my best work to date. I’m a little iced, but also I look at my shit objectively. I look at it like: ‘I already don’t wanna like it from the jump,’ and I pick out all my flaws…so for me to say I like it, is means I really, really, really, love it. I’m really proud of the record. Of course when you make it, you think everyone should like it…but I’m really appreciative of the feedback.

When did you record the Camu Tao verse on the album?

The MHz song…that’s an old Camu verse, we just built the song around Camu’s verse. My boy Suroc out of D.C., he produced the intro also; he also produced the “Cremation” joint I did…the little Asher Rother tribute and I gave him the acapella. I gave it to some other producers too, but they didn’t know where to go with hit. But Suroc’s super ill, so he was just like ‘alright cool.’ He’s one of the illest man…he just laid the beat around Camu’s verse…I recorded mine second and then Tage recorded his third. Then we sent it to Jakki and Jakki did his…and RJ had already laid the cuts – when it was over a different beat…I think it came out great! We could have all recorded all in the same day – that’s how I think it sounds.

Do you have any videos for it?

After the passing of Eyedea, you dedicated a tribute track to the fallen rapper…what would you say to the people who might say you aren’t being sincere with the track?

I think what rubbed people the wrong way was that I threw a line in there…I kind of speculated on how he passed and in retrospect, I shouldn’t have said that. The day I found out, I was shooting a video and it fucked with me because I had to try to get – let’s just say I was trying to reach out to him the previous summer. It fucked with me and it broke my heart that he passed. As a lot of people may or may not know, I’ve dealt with a lot of death in my life. The way I live my life is pretty much an open book – not by choice – but the internet…made my life really public. I wrote “Confessional” and “Don’t Kill Me” – I wrote those while I was locked up in jail. I wrote those as if no one would ever hear them. I just wrote them for myself to get my thoughts out…so I say that to say this: when I write sometimes, I just write. I write without a filter, I just write my pure thoughts.

I think what it is, is that people are so used to…the old perception of me [as] this asshole. People got the wrong idea about me – they really think they know you from the internet and they don’t have an inkling. So, I think a lot of it is [like]: ‘Copywrite is a loud-mouth battle rapper. He has no business having a heart and actually feeling upset and down about Eyedea passing.’ Fuck, I know how it’s like when people pass – you’re angry and you have no one to be angry at. You can be angry at god or you can try to find humans to be angry at and I think I was one of the people that was caught up in it. If you want to know something really crazy…I just had a show in Fresno…on my plane ride home, you know who I bumped into? One of Eyedea’s closest friends – we chopped it up, we talked…he had no ill-will. We talked about a lot of real shit and I’m like: ‘if one of his closest friends who he grew up with (and who was still close with him throughout) didn’t have a problem with it, then what’s all these other people’s issues?’ You gotta take it with a grain of salt. I feel in hindsight, I should have chilled out or maybe I shouldn’t have done that so fast. If I had known that it caused more negativity than positivity, I wouldn’t have done it at all. I toned it down when some of the Rhymesayer cats weren’t happy with it – and I totally respect that. I can completely see where they’re coming from, but you can’t fault somebody else’s life touching your heart also. I don’t have to apologize because I could see some of the pain that he was going through. When my mom passed away, I was so suicidal man. I did so much dumb shit that I care not to talk about – I didn’t want to be here, I felt like I was abandoned here on this Earth. I didn’t want to breathe, I felt like I was stuck here. Pain is real man. I can look at certain situations and see the pain in it – which sometimes I wish I couldn’t.

When’s the new MHz coming out?

Sometime next year, it might be early next year. I don’t even know what we’re gonna call it. I don’t even know if we’re going to go by the name MHz – it’s something that we all have to agree on because of the loss of Camu, the fact he’s no longer in the group. The record itself is going to be all the same cats.

I want to shout out everybody on Life and Times who made it possible, Man Bites Dog Records, My family – you know, all the real people in my life, the supporters man…I really want to shout them out because without them, I wouldn’t be able to do this.