Mutilation, up and coming horrorcore MC and featured ugsmag unsigned artist, recently conducted an ICQ interview with me on his new album, his unknown location, and his love for Jeru. Check check it out!

A: first and foremost, what set you claim?

Mutilation: What Do you mean exactly?

A: where are you from geographically?

M: Personally I think Location ain’t shit… Let people think I’m from Korea for fuck sakes… I’m not from any continent on earth and i ain’t from space.. I’m from the unknown

A: The unknown? Is that in Toronto?

M: Fuck I dunno.. Where ever.. Toronto, Tulsa, Bangladesh.. most likely somewhere in Canada though

A: Well, its narrowed down to country at least. What are your opinions on Necro?

M: Necro is Necro… He employed me for a while till I broke off… But he can fuck up any cat on the mic

A: Broke off? And fuck up any cat? Even Felix the cat? What about Garfield? or Alf, the king of cat destroyers!

M: ANY cat… not the chef from the muppets though!! That kid is mad crazy with orshkin borshkin pots and pans

A: True! What are your plans for expansion beyond the ugsmag.com unsigned section?

M: See, I just want to let everyone know that all this shit on the site are fuckin snippets i had done at home to fuck around and threw them on there… The EP is still in the process of being made. Got appearances by Carnage, Boy Wonder, Ivan Drago and…. uhh.. thats it.. I think.. And Subterrain is producing that shit. (Look on napster for Mutilation)

A: what do you think of the current trends in hip hop?

M: LOL!! trends… Im really Anti-commercial, I dont say “I keep it real” and I dont say “Wheres the bread” Im only an MC cause I fuckin like to do it, And cause hip hop raised me

A: what got you started on hip hop?

M: I think the first hip hop album that I got really fuckin pumped on was Ice-T, freedom of speech… That dood is core… But the best album ever is the 1st Jeru album

A: so im guessing your a big dj premier fan?

A: What are you currently listening to?

A: Ahh, weathermen! ok, that makes things somewhat clearer. What are your opinions on the large amount of flack you’ve recieved from the ugsmag message boards about copying others, especailly Necro’s, style?

M: All I gotta say is that I haven’t been bitin. So whatever… Peeps don’t have to like me. But I’ll still be there annoying the shit out of them with my “wack shit”

A: do you buy the source?

A: one final question, what do you think of T.O. gangstas?

M: Fuck those queen street flakes. I’m not down with gangbangers.

A: anything you want to ask me?

M: Yeah. Why do like wrestling so fucking much?

A: I like wrestling because its a classic battle between good and evil set in the background of athletic prowess. And because i enjoy an interesting story line now and again. Any last thoughts?

M: Uhh yeah.. Shout outs to Subterrain (fuckin illest kid to work with ever), Ivan Drago, Macker, and Candy… And the crew at ugsmag.com. Keep it right. 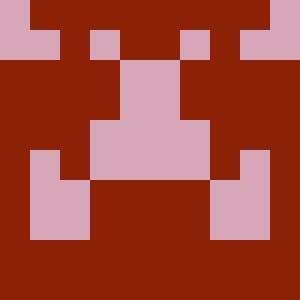