Instrumental hip-hop is on the rise. Textured and unique, Unagi’s self-titled debut is some of the freshest I’ve heard.

Kristen: What’s behind the name?

Unagi: Well, unagi means “smoked eel” in Japanese and is a really mellow, tasty kind of sushi. I’m part Japanese and unagi was always my favorite kind of sushi so when I started recording hip-hop stuff 6/7 years ago (actually I used to rap too but I put that on hold for a while) I called myself Unagi. I’m also just into underwater stuff in general, which is why I got the octopus, jellyfish and whatnot on the album art.

You’re originally from Massachusetts; what drove you to the West coast?

Massachusetts is dope in a lot of ways, but after a while I just got kind of bored there. Especially trying to do music there and get beyond a certain bar/club level. Plus most of my friends had all left town, my family had all left town, and I was just kind of kicking it. I actually had lived out west before, briefly in So Cal and Portland about 10 years ago but basically I came to the bay because I was bored and wanted to bounce somewhere. I was gonna go to NYC but my brother hooked me up with a cheap room out here, then I stumbled onto a decent job and ended up really liking it in San Fran. There’s always a lot of shows going on, tons of talented local cats, the weather is usually nice, awesome restaurants, the best weed, etc.… I been here going on 5 years and plan to stay for a while, maybe move to Hawaii eventually.

You’ve chosen to use some rare and assorted samples on your debut album Unagi – how were you exposed to such diversified selections?

I was really lucky growing up because my stepdad, who I lived with from age 6-16 was/is a serious jazz guy, musician and professor at UMass. He had a ridiculously huge record collection that pretty much took up the whole basement level of our house. Because of him, I got into tons of different stuff at a young age, plus saw a lot of concerts, got to meet some famous jazz dudes, and learned a bunch of instruments when I was a kid. So, since then I’ve just kind of had a wide range of music that I was into. Plus I do a lot of digging for records in random dirt cheap spots that have a weird cross-section of styles.

You play a variety of instruments; when and how were you taught?

I learned piano and trumpet first, probably started when I was like 7? I just learned through lessons and books, the usual stuff, but sometimes I’d play at the house with the whole fam (my step dad played trombone, my brother played sax, my mom played violin). When I was maybe 12 I got an electric bass and basically taught myself, I also got a guitar then and taught myself that, but I had my own weird system with only 4 strings and special tunings and stuff. I later got into drums which I love playing but am not that great at.

When did you decide that you wanted to be involved in actually making music?

Pretty much forever. I played in a ton of random rock bands when I was younger, some of them were tight and some not so hot, but I always wanted to make music for a living. The last group I was rolling with had some potential but everybody moved around and its really hard to get 5 people in different states all on the same page, so I figured I could get more done if I just did it all myself.

In terms of a ‘beat CD,’ Unagi is one of the more interesting and unorthodox that I’ve heard. Did you have solid direction for this project or did you just start creating?

Originally, I was gonna do it with a theme, underwater love jams. But then after the automator did “lovage” (which I thought was dope) I switched it up because I didn’t wanna look like a biter or whatever. Plus I think the faster tracks are pretty fresh. I just wanted to make it something that would kind of take the listener by surprise. There’s a lot of instrumental hip-hop coming out these days, which is great, but I think a lot of it sounds very similar and I just wanted to sound different, rock my own style.

Clearly your musical taste is eclectic; what artists and/or genres have inspired you?

All kinds of stuff…I love older epic space-funk ballads like Lonnie Liston Smith, crazy long jams from Deodato. Hendrix is the man, Roland Kirk, Coltrane and cats like that. But I’m also into death metal, oldies pop songs, dancehall, all kinds of hip-hop, whatever. I think all good music is inspiring one way or another.

Lots of heads…I’m really feeling the Monsta Island Czars, those guys are crazy on the mic. MF Grimm and MF Doom, Cormega, Ghostface, ODB…as far as Cali rappers I think Motion Man is one of the best, I’d love to a track with Nate Dogg, Del and Hiero are dope…some up and coming guys I’d like to work with would be Oktober and Swamburger…

Who do you regard as the all-time hottest producer/production team?

How do you feel about the happenings in hip-hop today and what artists/groups are you feeling right now?

I think hip-hop today is booming. Yeah, there’s a lot of wack shit out too, the whole computer recording explosion and the internet has made it easy for any random head to make tracks, which is good and bad, but there’s still tons of great music being made. I’m an older dude, so I remember when you couldn’t really hear rap on the radio, and now its everywhere – I saw a diapers ad the other day with some baby “scratching” on it. It’s kind of crazy but that’s how it goes. Even the super commercial stuff, Nelly or Jay-Z or whoever, I’d much rather hear that on the radio than some other bullshit “alt-rock” trying to sound like Stone Temple Pilots or Celine Dion or something. I’m feeling a lot of new acts, everybody I mentioned already, Stones Throw is doing it -Wildchild, Medaphoar, and Dudley Perkins all have hot records coming out…I like that Soul Supreme joint, Little Brother, Maspkye (Springfield represent), Dub Diablo, Lightheaded, Fat Jon, J Rawls, Science Fiction, lots of people.

442 records is my own label, its name comes from the 442nd infantry which was the unit in WWII that was all Japanese-Americans, that my grandfather was in. They were the most highly decorated (and heavily injured/killed) unit in the whole war because they were sent on the shittiest, most dangerous missions. These guys were fighting for the U.S. while a lot of their families were locked up in internment camps even though they never committed any crime. It’s fucked up because you don’t really learn about that stuff in school, and a lot of people have no idea about any of that. So calling the label 442 is basically a way to honor my grandfather and all the other guys in the crew.

What projects do you have planned for the future?

Lots of stuff…I have at least another album or 2 already recorded and am planning to get a follow-up album out by January. I’m working an a bunch of collabos with other emcees, but I don’t wanna drop any names until its all set, its gonna be fresh though. There’s a Japanese label that’s interested in doing some stuff as well, another label I might do some remixes for, I’m just trying to keep things moving…I also want to do some more soundtrack work (I’ve done music for 2 low-key porn DVDs) and am trying to get together a crazy live show so I can do a tour.

When you’re not engaged in music, what do you do with yourself?

Well, I got laid off in January so I’ve got a lot of free time on my hands…I like to read a lot, I do some writing, watch a lot of shitty, non-cable TV, play basketball occasionally, get baked, play horseshoes, have BBQ’s, that kind of stuff. I like to travel when I can afford it, just spent a few days in Vegas and am hoping to get back to Hawaii and New York later this year.

I read the Globe today and according to the Feds Al-Qaeda has plans to target Boston beaches. Can I sleep over? 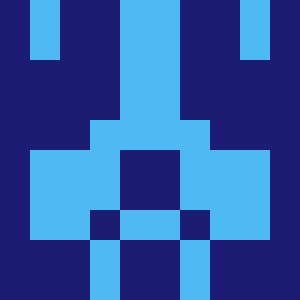