A dynamic duo repping Philly to the fullest, 40th Dimension have been paying dues for a while now, pressing up their own records, rocking many shows, and spreading the gospel of Trading Places through sick rhyme attacks and banging beats. With their stellar debut LP The Crop Report now available, Scand and Happ G take a minute to break things down. Read on.

Brolin: Who were your first influences in hip-hop?

Happ G: The cats that first hit me hard were Run DMC, Public Enemy, Beastie Boys, NWA, LL Cool J, and then later it was Nas, Gang Starr, and Cypress that sealed it.

Scandal: When I was a young buck my next-door neighbor Vince used to spin records off his fire escape while we ran ball, and I just remember how hot the shit was. I can’t really say which artists hit me the most, but I fell in love with that shit.

B: How did you guys hook up and start 40th Dimension?

Scandal: We started whylin out in 1st grade, but it didn’t transform into a musical effort until high school, and then it got serious in college when Happ G started stackin the equipment, and I found a place to consistently build.

B: Where does the name come from?

Happ G: Aw, that’s a toughie. It goes way back, but the cliff notes version is, aside from killin 40s like quarter waters in high school, the number 40 itself was poppin up everywhere from SEPTA busses and highway exits to pager numbers and intercom codes. Heads can peep the “Super Scandalous” 12″ cover for the full story.

Scandal: It also reflects where the various types of ill shit that be poppin out of my briznain come from!

B: What’s the scene like in Philly? Is it supportive or competitive or what?

Scandal: Both. If you find a smaller family of cats to work with early on, it makes it easier to network, but a lot of niggaz be hatin.

B: Do you guys have a big following locally?

Happ G: We have a small loyal following.

B: Are you down with other Philly heads like Jedi Mind, Bahamadia, Dept. Of Rec, etc?

Scandal: I’m feelin all those cats, and I hope they feelin us. We all share mutual friends.

B: When did you guys decide you wanted to get serious with the music?

Happ G: Around our second year of college we got pretty serious with it.

B: You’ve put out an EP and two singles. Of those what are your personal favorite tracks?

B: Who did the “Zip It” cover? That drawing is fresh.

Happ G: My man Damon from Trauma 12 in NYC. They’re a design company and they got BANGIN t-shirts.

Scandal: They hooked us up with some ill gear.

Happ G: Heads can check out their website trauma12.com for the flavors.

B: What’s up with the full-length? When will it be out and where can we find it?

Scandal: It’s off the motherfuckin wall on some other shit. It’s a fun
album. It’s gonna come out Dec. 2nd, we got a release party on Dec. 6th in Philly. Heads can cop it at the local shop or snatch it off the screen at ughh.com, hiphopinfinity.com, sandboxautomatic.com and the like. Or heads can order em directly through us from our site 40thdimension.com.

B: Are you gonna do any out of state shows anytime soon?

Happ G: We would love to roll out west and link up for shows. Any promoters out there, all it takes is a bus ticket, a case of 40s, and a 3-piece combo with mashed potatoes.

B: For heads who’ve never heard you before how would you describe your sound?

Scandal: Everything from old school chill, to straight up ill.

B: What’s your take on the internet/mp3s?

Happ G: It’s a double-edged sword. The internet and mp3s allow lesser known artists like us to get our music out to more people, but I can understand acts on larger labels feeling like it’s taking money out of their pockets.

Scandal: I’m computer illiterate. I’m not allowed to play with them.

B: what was the last album that really blew you away?

Scandal: I know I’m mad underground and shit, but the new Jadakiss jawn is the illest shit out right now. It brings it back to the 93-95 state of things

B: Production wise what equipment do you use and which producers inspire you?

Happ G: I use the SP-1200, 2 tables, a multi-track recorder, and a mixing console, and I got an s3000 rack mount sampler that I’m just beginning to incorporate in my productions. Producers that really inspire me are Pete Rock, Large Professor, NO ID, Premier, Muggs, The Bomb Squad, the Beatnuts, Marley Marl, Dre, and then the younger cats in the game that I’m feelin most are Alchemist, J-Zone and my man Snuff of Media 101. All these cats inspire me and keep me on my toes trying new things and new ideas out.

B: What do you think of the Neptunes? It seems like people either love em or hate em.

Scandal: I hear their shit in my sleep it’s on so often, so obviously I’m prone to nodding my head and humming along like everyone else.

Happ G: Not my personal favorites, but I gotta give em credit for making the catchy ass jams.

B: You got some pretty sick rhymes, how long you been rapping?

Scandal: Since I was born on hash and talking normally just wasn’t
interesting enough.

B: Do you battle and freestyle a lot?

Scandal: Like a dog shits and eats out of the trash.

B: What do you think of rappers who don’t/cant come off the head?

Scandal: there is a place for them. Somewhere far off in the compilation end of the hip-hop section of the store.

B: Do you guys make money, lose money, or break even off the vinyl?

Happ G: We’ll just say that it’s a labor of love right now and leave it at that.

B: If a major label came a calling would you take the loot and risk the industry shadiness or say fuck it and keep doing things yourself?

B: Who’s the hottest rap chick?

Scandal: Lil’ Kim, I’d bust up her framework like a champ!

B: What would be your fantasy posse cut team (including producer and DJ)?

Happ G: There are so many combos that would be hot, for instance a track produced by the Beatnuts featuring Redman, Scram Jones, Nas, Scandal, and Mad Skillz, with cuts by DJ Jazzy Jeff, would be insanely hot.

B: If you could do a collabo with any artist, from any genre, living or dead who would it be and why?

Scandal: The list is too ridiculous. I’d love to be around James Brown, Curtis Mayfield, Bob Marley and legends of that caliber when they’re steppin up in the booth.

Happ G: I can’t pick one but I know I’d love to have done something with Marvin Gaye, Sam Cooke, and Al Green, those motherfuckers had so much soul. It also would have been bangin to be around Robert Johnson when he was writing some of his jams.

B: What was the best show(s) you ever saw?

Scandal: I was too bent at the real good ones to compare them.

Happ G: I saw a show in NYC that was the Cold Crush Brothers anniversary party, it was the illest, Cold Crush ripped it, DITC performed (minus a sick Fat Joe) and on the wheels were Premier, Evil Dee, Tony Touch and Kid Capri. That jawn was probably the illest I’ve ever seen and there were mad other heads in the crowd, it was like a hip-hop all-star game.

B: What’s up with the Trading Places stuff?

Scandal: The movie reps Philly hard, Eddie is the man, and we are on some other shit.

Happ G: I’m just a little obsessed with that movie, they filmed that in my neighborhood. On a more symbolic level we’re tryin to take the old farts outta the game with our steez like Winthorp and Billy Ray did.

B: Any opinion on the Jay-Z/Nas/Prodigy beef?

Scandal: I love beef as long as it stays on wax and cats don’t start
believin their own hype.

Happ G: I got no opinion except to say that Nas’ joint “Stillmatic” ripped Jay a new asshole. Beef is inevitable on some level if you’re the top dog in the game, you become the obvious target to mad heads, but it’s cool as long as heads don’t bring out the toolies.

B: what’s the biggest problem with hip-hop today?

Scandal: Money and media. Wack shit blows up, hot shit gets commercialized by the hype. There is plenty to go around.

Happ G: It’s people completely outside of the culture that saw it was making money and chose to exploit the next hot thing. I’ll be mad happy when I stop seeing DJs in fast food commercials.

B: Who are the most overrated and underrated cats out right now?

B: If you were guaranteed cash and fame but you had to do a track with Aaron Carter and Lil Romeo to get it would you still go for it?

Scandal: I’ll do the track with 3 levels of wordplay beyond their logic, and subliminally make a mockery of them while pullin in the cheese.

B: What’s the best thing about living in Philly?

Happ G: Philly got mad heart and you can’t front on that.

B: Are the Sixers gonna come through this year?

Scandal: Without any type of doubt.

The Crop Report LP is in stores now For more on 40th Dimension, check out 40thdimension.com 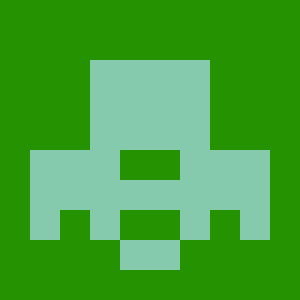