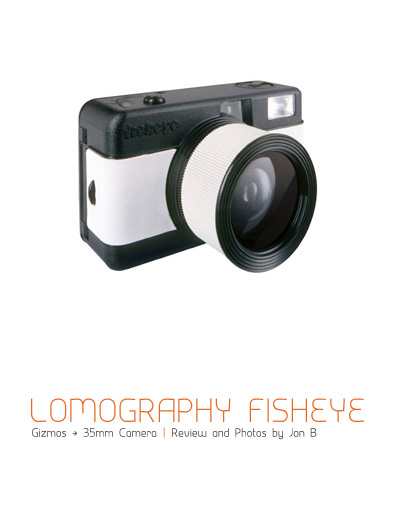 In the spirit of eccentric, yet accessible 35mm film cameras, this month’s review is another from the Lomography camera collection: the Fisheye. This camera boasts a 170° field of view (greater than the human eye) and almost all the components are constructed from plastic except for the glass lens (almost all other Lomo cameras have plastic lenses). It is a fully manual camera with the exception of the flash that takes one AA battery.

Shooting photographs with the Fisheye is pretty straightforward, aside from a couple of quirks. Its super wide-angle lens does not display the telltale fisheye distortion through the viewfinder, so you can’t view the effect until you get your film developed. At the same time, it doesn’t make sense to rely on the viewfinder since the lens itself is so large that it occupies almost half of the viewing space rendering it almost useless except as a rough idea of composition. The other problem with the camera is that its flash works sporadically. There is an orange cue light on the side of the viewfinder that indicates when the flash is charged, but occasionally the flash fails to work. When working properly, it is not ideally suited for dark conditions (shows, night), unless the subjects are within about 6 meters of the lens.

The most frustrating problem with this Lomo is film loading. It is by no means quick or particularly simple, even if the film perforations are lined up properly. Instead, guiding the film by hand and winding the leader around the spool will load the film properly, but this method is not practical (especially when copious volumes of alcohol have been ingested). With these problems aside, the best features of the Fisheye’s wide-angle lens are the 3″ distance at which subjects can be placed in front of the camera, remaining in focus. Objects with straight edges and right angles will also accent the fisheye effect nicely. In general, Lomo’s Fisheye is a great gadget, ideal for candid shots and its size is ideal for a medium sized purse or backpack. 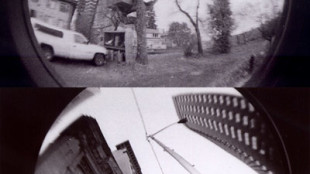 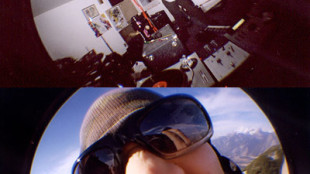 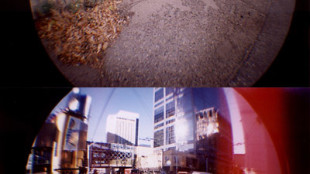