Rhymes for resistance: Growing up in Detroit, Michigan, filmmaker Jackie Reem Salloum was embarrassed of her Palestinian and Syrian roots.

“When I was growing up, all I saw were negative images of us in the media and in film. When I was in middle school I didn’t want people to know I was Arab. My parents always said ‘you have to be proud of who you are.’ But when you’re young, you want to be part of what everybody else is.”

In Slingshot Hip Hop, first-time filmmaker Salloum reconnected with her roots and chronicled the four and a half year journey she spent discovering Palestine’s burgeoning hip hop scene.

“Palestinians don’t have tanks, they don’t have Apache helicopters, they don’t have an army. All they’ve got is rocks. They don’t really think a rock is going to destroy a tank, but they’ll stand in front of a tank and throw a rock at it as a symbolic gesture to say ‘We’re here on this land and we’re not going to take it anymore.’”

Salloum was there with cameras rolling during the first hip hop concert in the Gaza strip in 2004.

“It’s like old school hip hop, like what started with Public Enemy, and 2Pac,” says Salloum. “What really started the hip hop scene in Palestine was Tamer Nafar. He had seen a video of Tupac Shakur, and even though he didn’t understand English at the time, he saw images of a ghetto that looked like his ghetto and so he connected to it immediately. He started translating the lyrics from English to Arabic, and found a lot of similarities with their struggles, and that’s what influenced him to be like, ‘Hey, I should do this too.’”

Salloum is adamant that the film doesn’t whitewash the animosity between Israelis and Palestinians, but reflects the very real antipathy Palestinians feel under occupation.

“When I would present the film to people to see if we could get funding, some would say, ‘Oh, Palestinians and Israelis coming together through hip hop,’ and I would be ‘No, that’s not it, the film’s just on Palestinian hip hop,’ and then they would immediately lose interest,” says Salloum.

“I really don’t care for those films that take Palestinians and Israelis and put them in a created environment and say, ‘Look, if they just sit together they can get along,’ when that’s not the reality on the ground. There’s an oppressor, there’s an oppressed. There’s an occupation going on, and to make a film like that normalizes the situation and also makes it seem as if it’s an equal conflict, which it’s not.”

Abeer, who has been described as the first Palestinian R&B singer and who appears in the film, was once pressured by her cousins not to go on stage.

“The good thing about Abeer is that she kept doing it,” says Salloum. “A lot of women who’ve seen her shows write her e-mails right afterwards saying they’ve had similar issues, or ‘my family didn’t want me to sing, and seeing you really inspired me.’

“The male rappers really support the women in rapping, they try to get them out there. One of the things that’s really positive in Palestinian hip hop is that they don’t objectify women in their songs.”

“Whenever I show my work in front of a large arab audience, I ask all the parents to stop telling their kids to become engineers and pharmacists”

Salloum’s own parents were concerned about her plans to become an artist – at least financially. But Salloum felt that art had a far greater chance of swinging public perception about Palestinians than a career in pharmacology.

“Whenever I show my work in front of a large arab audience,” says Salloum, “I ask all the parents to stop telling their kids to become engineers and pharmacists. If we want to change the way we’re perceived in the media, we have to step in there too and become filmmakers and artists and musicians.”

Unlike in the United States, where hip hop is seen as a generational thing, Palestinian hip hop has been embraced by almost every generation.

“That’s one thing that’s really incredible about Palestinian hip hop,” says Salloum. “If you go to a hip hop concert, you’ll see teens and 20-year-olds. But you’ll also see kids and grandparents, and they’ll be sitting in the front of the crowd clapping, and they really, really like it. After they see the show, they’ll come up to them and say, ‘you’ve raised our heads up high, we’re so proud.’”

Check out slingshothiphop.com & jsalloum.org for more work by Jackie Salloum. 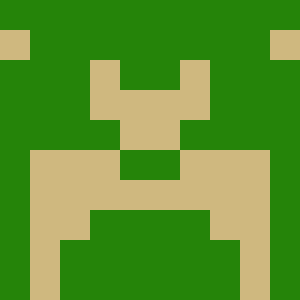