When Qwazaar, from Chicago’s Typical Cats crew, started working on tracks with Jacksonville Florida based producer Batsauce, the two knew they were on to something good. They continued to relentlessly record, often sending each other contributions across the globe while Bat was in Germany. The duo introduced themselves earlier this year with the Style be the King EP, and after perhaps giving people just long enough to let the EP resonate, they dropped the full-length Bat Meets Blaine earlier this month on Galapagos4. The two recently had a chance to chat about music and globe trotting.

How did the Typical Cats come together?

Q – Back around 1999, after the first Outerlimitz album dropped, He.llsent and I were traveling around the Chicago checking out studios to get started on the next project. We ended up rolling through a spot called Frontline Studios up North on Fullerton. When we walked in, there was already a session going, and all me and He.llsent heard was Qwel in the booth going off. It really caught our ear, cause back then Qwel’s voice was pretty high pitched but he was dropping vicious punchline after punchline and I’d never heard anyone spit like that. So that was my first encounter with Qwelly.

DJ Natural, Kid Knish & Denizen Kane were all students at University of Chicago and shared an Apartment in Hydepark together. Nat & Knish were hosting the radio show up there on WHPK every Wednesday. My rhyme partner from Outerlimitz back then, Meloheem, really wanted to hit the station to play our song. Nat and Knish let us play our joint, then invited us up to rhyme live on air for the first time, and from there we all just hit it off. We’d all show up to the radio show every Wednesday after that to freestyle. Word of mouth kinda spread about the show and that brought Qwelly up there. Denizen had heard from Nat about how we were up there snapping off and eventually Denizen showed up. We just started kicking it hard. We’d head over to their crib after the radio show, roll up blunts and just rhyme. Eventually beats got brought out followed by pens and pad, next thing you know we had an album.

?Can we expect any new music from the Typical Cats collectively?

Q – I’m headed to the Bay for a Typical Cats recording session this Friday. That’s a definite yes.

B – Qwa & I met in Berlin thru a mutual friend. Soon after, he came to a Lady Daisey show. I do all of her beats, and DJ for her as well. After the show, we started building.

Batsauce, tell me a bit about how this project came together?

B – I started slinging him beats by the dozens. Within a few months, he starting sending me a few songs. Some of the first ones I remember are “Chop Em Down“ and “If It Seems Wrong.” Needless to say I was geekin’ over the results. Our chemistry seemed spot-on off rip. Over the next year and a half, we racked up 27 songs. We were able to get the EP and the album from that. The focus was to make a stellar album, no fillers. The leftovers went into makin’ the introductory EP. Although most of it was sent over the internet, back & forth, we would meet up once or twice a year (in-person) and build on our vision. I think its beautiful to see an idea manifest and needless to say, we are already scheming on the next album.

?Qwazaar, from Typical Cats to Dirty Digital to the new stuff with Batsauce, you straddle a wide variety of musical styles. What inspires you to be so eclectic?

Q – I’m addicted to trying new things and I’m attracted to the idea of mastering different styles and owning them, collecting them. At the end of it all I want to look at the overall work put in and feel like I explored it all. As an artist I always wonder why some artists make the same song over and over again. I look at them and think “damn, dude must be bored out of his mind,” cause if you’re a creative type I’d think the last thing that you would want to do is continuously trace the same picture  over and over again. I take a lot of pride in being an artist who can record songs with GLC & the Lady Tigra, do remix joints for R&B singers and alternative rock, and then flip around and also be able to hold my own on songs with Qwel, Juice or Grayskul, and do it all thoroughly. I don’t think there’s a lot of artists who can do that, but it’s fun stuff.

You seem to have a good balance of style and substance, how would you describe your lyrical approach?

Q – My rhyme philosophy has always been to let the words fall where they want. kill the rhythm, keep it colorful. For the Bat Meets Blaine album, I tried to grab the feeling that I had back in the day, when we would cut school to go get the latest release. Boogie Monsters or OC… we would just put them on for the first time and get hypnotized by how raw they were.. I tried to imagine that feeling I had and write from that.
?

You recently spent time in Germany and South Africa, how is underground hip hop received in those places compared to the States?

How did living in Chicago affect your approach to making music?

Q – Chicago is always in me. Back when I lived in Chi I was going through some serious stress at the time, so I wrote from that and you can hear it in the songs.

?You recently moved from Chicago to Cali, what inspired the change of scenery?

Q – I’ve always wanted to live in LA or close by ever since the first in-store I did at a spot called The Basement; that was probably back in 2002. But music, family and just need of a change of scenery was behind the move.

?What are some pros and cons of todays hip hop climate?

Q – Well the con is that there is just too much of an influx of bullshit being thrown at us. There’s a lot of cats out there content on being just a bad rip off of whatever famous artist is on the radio right now. Just a lot of shameless style jacking, but whats new.

The good news is that while there is a serge in wack there’s also a lot of good music pumping out and plenty of places to find it. So we can sit around and complain about whats on the radio or we can not be lazy and go find the music we want to hear.

What inspires you to stay hungry?

Q – I’m inspired by the thought that once I get to the end and look at what we’ve managed to put together, that it’ll be something significant to see. I love music and I love the whole process in making the music and performing it, testing it, and watching how people respond, I just love it all. 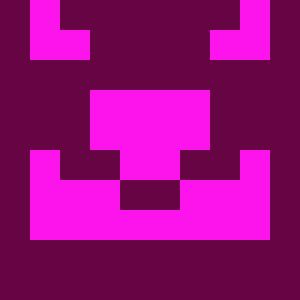