Restiform Bodies are not just a monstrously inventive trio stretching the limits of hip hop-they’re also ballers, and they don’t want anyone to forget it. “[We] don’t play any role playing games,” states The Bomarr Monk, who borrowed his stage name from an obscure background figure in a sci-fi film. “We do coke and shit . . . and we swear, too.” insists Passage, who writes lyrics about Shirley Temple and hot air balloons. And as far as their recent collaborations with the girls of electro-spazz duo Blectum from Blechdom? They did it all for the nookie. “We read an article in the [San Francisco Bay] Gaurdian, and we thought one of ’em was cute, so we figured we’d call.” You know how we do.

As far as beef, they might as well be ranchers. “Antipop Consortium are dicks,” says Passage, as blunt in person as he is elliptical on the mic. Apparently he’s irked that APC rely on the tired rap vs. hiphop distinction to define their artistic goals. “It’s so pretentious. It’s the only thing they could come up with to distinguish between creative music and trashy music.” Passages’s lack of reserve is twice as surprising when you know that his group is the newest addition to the anticon crew roster, whose members have been no stranger to squabs-though they haven’t always claimed decisive victories.

But those incidents, just like rap vs. hiphop, are old news, and Restiform are all about the future. They were in front of the pack with the multi-ethnic, lo-fi, phonemic polemics of their self-titled debut (2001 6months), and now they’re looking to pad the lead, dropping the deadweight of unnecessary genre allegiances. “We’ve been moving from where we started, with a hip hop goal, and moved away from that,” says Telephone Jim Jesus, who contributes vocals and production to the group. Passage agrees, and then some: “I don’t really have any desire to make hip hop anymore. I just think the rap underground is trash.” So instead of bumping “Halftime”, the three have been absorbing the look-ma-no-formula brilliance of Beck, Kid 606, Radiohead, and especially Elephant Six groups The Olivia Tremor Control and Neutral Milk Hotel.

They expect their audience to be just as catholic. “People inside of hip hop don’t understand that there’s a billion other records out there,” notes Passage. “Do you think – Do you really fucking think?- that, like, GZA’s Liquid Swords is the best album that’s ever come out? You gotta be kidding me.” Telephone Jim refines the point: “Everyone should listen to every kind of music.” To Restiform, anticon’s exclusion from the underground rap world is one of those challenge-turned-opportunity things. Passage doesn’t sound too broken up: “[We want] to appeal to electronica heads or indie rock people, which sounds so fucking gimmicky, but it’s so important. . . Rock and roll fans and techno fans, all those kids are so much nicer than hip hop fans. They’re smart and they know what they like, but they’re not cuntrags.”

With their musical priorities in order, Restiform are taking their time on their third album. “{The first Restiform Tape} was just two weeks in a bedroom,” reminisces Telephone Jim. “And then the second album [the limited-run] Sunhopflat, was [recorded] the next year two weeks before Scribble Jam.” As much as fans loved the outcome, Passage says quality was sacrificed in the rush: “It’s terrible to put anything out that you know is below your abilities – it’s really depressing. We’re never doing that again.” And what will all the hard work sound like? Telephone Jim sez: “[We’re making more] songs that are pop-based, in that they have catchy melodies and catchy choruses, stuff that someone’s more likely to sing along with and be able to get into, as opposed to combating somebody with a lot of really fast stuff.”

Maybe the new, more accessible record, along with Passage’s upcoming, self-produced solo disc, will be enough to dispense with the ‘nerd rap’ taunts echoing in hip hop’s lunchroom. But even if not, Bomarr ain’t sweatin’ it: “I don’t think it’s so bad to be a nerd. All that means is that people are committed to what they’re into, and we’re certainly committed to what we’re interested in.” Besides, says Passage, “We have premarital sex.” 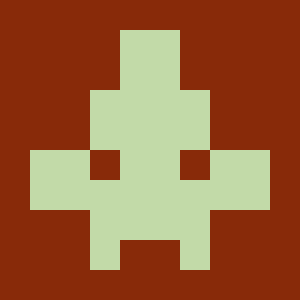