Named after the only black Muppet; Roosevelt Franklin is the dynamic duo of Kimani (formerly of The Masterminds) and Mr. Len (formerly of Company Flow). It would not be a shock to them if you have yet to hear their underrated debut album, Something’s Gotta Give. But, you would be doing a huge disservice to your ears by not picking it up and moshing around your mom’s basement to “Kurt Loder.” You owe your ears better then to neglect this underdog.

I sat down with Kimani and Len while they were on tour to talk about the album, their history and most importantly-Muppet Love with Britney Spears.

Mr. Len: What’s up? This is Mr. Len. I hang out with Kimani. That makes me cool.

So Len, do you stay in contact with El-p and (Big) Jus?

Nah, they’re both chilling. I speak to them both somewhat regularly; as much as friends that live in different states speak. But, now with this Verizon anytime plan. I can call them anytime I like for one cheap, low price! Sponsorship note. Mr. Len. Smacks Records…ding.

So, is there any possibility of a Co Flow reunion?

What about the Last Show DVD? Will that ever be released?

Len: You know, Def Jux actually paid somebody. So, I have to wait for them to actually finish with it. Then, I’ll get my hands on it to do what I have to do with it. All I know is… if they release it; ohhh yeah PAY ME! But, no they are good with that and would never try and cheat me. Because I know where everybody lives. Remember that when it comes to paying me for Something’s Gotta Give, Kimani. (in a creepy serial killer voice) I know where you live.

So let’s talk about Roosevelt Franklin, When did you guys meet?

Len: I told somebody this yesterday. True story: I remember meeting Kimani because he was the first person to ever interview me. He was helping somebody out with an interview for a school paper. Kimani actually asked me questions and I was actually like shit, somebody actually gives a fuck what I think.

After that I would see him around, like when he released the Masterminds records, but I didn’t know he was in the Masterminds. I finally put two and two together.

Len: I’m sorry; I didn’t know it was you. I still would have played it though… well maybe not.

Kimani: Since he’s forgetting big parts of the story, I’ll finish up. In 1999, we did this record called the Live From Area 51 EP. I called El to get Len’s number. He hooked me up and called Len and said, “Yo Len, would you mind doing cuts on this thing?” He was like yeah cool and that’s how Len and I made our first record.

Len: The only reason he didn’t have my number was because, while I thought he was cool, I wasn’t sure if I wanted someone that smelled like that calling my house.

Kimani: I used to have some problems

What made you quit rhyming?

Kimani: Well, we were supposed to be promoting the Masterminds records. So, it was like me doing shows by myself and it got to be really boring doing the same songs over and over again.

Len: and doing half the verses.

Kimani: Yeah, so I got frustrated with rapping in general and decided I was going to spend most of my time running this record label instead of actually being an artist. But, that lasted for like 3 or 4 months. Then, I just got inspired.

Soon, after Jam Master Jay died I called up Len and we had this conversation about the state of the world and how people are fucked up. You know its kinda like, lots of rappers dying, but JMJ was somebody I grew up listening to. When Biggie and Tupac died they had only been out for like 4 years. I didn’t know JMJ but I grew up on him since I was 8. So, like I felt it was fucked up.

I felt I had to balance the world in some way and what better way then to make a record that nobody bought. Right?

Len: Yeah, that’s basically how it happened. In your own head you want to get your sense of equilibrium, you don’t want to feel like everything is one sided and negative. So, you know, you work with someone that is like minded and positive. Kimani, as much as I make fun of him…

Kimani: Which is all the time.

Len: It’s only because it’s obvious that 1. He’s intelligent and I can respect his opinion. It’s not that much different than mine and when they are different, its usually rooted logic and not just talking to someone that wants to argue.

What was it like working with Britney Spears on the Bootleg EP?

Kimani: Yo, check this out! Some dude called me the other day for some magazine. He was like, “so how did you guys get together with Britney Spears?” So, I was about to give him a joking sarcastic response of “well my people know her people.” Then, it kinda hit me that he didn’t know I was joking. I was like, “dude we don’t know Britney Spears. Why would he put her on a record we made 50 copies of and sold it for $5 on sandbox (automatic.com)?” That shit was on Punk’d. I was watching Punk’d, I saw the shit. I said it would be funny

This morning I watched the new Britney video, “Toxic”, dissing Justin Timberlake. I really wish we did do a song with Britney.

Len: Did you ever think you would see the day when pop stars are dissing each other?

Len: How bad is that? Everybody wants to get in on this hip hop shit. It’s ours cockmongers! Haha! I bet you Justin never gets shot.

Kimani: He probably wants to.

Len: C’mon man. You can’t pop that guy with a rubber band without him bitching up.

Did you see that guys face when Britney and Madonna kissed?

Len: He looked like somebody shit in his cereal. That was a morose looking motherfucker.

How does it feel to have Entertainment Weekly put your song “I’m so Rich” up on their website?

Kimani: Yeah, that was kinda stupid.

Len: I thought it was a great choice because it shows that people aren’t actually listening. It just shows that they go for what’s obvious. “I’m rich”, that’s what they say at the end of that show; these guys are fucking incredible. Yes! We are gonna love these guys. When they totally missed the obvious big song, “Muppet Love.”

Len, name your top 5 people deserving of a Dummy Smack.

Len: You know what I’ve never actually sat down and thought of it before. OK, let’s go with the obvious.

1. George Bush- it’s very very obvious.
2. Al Gore for not getting backing from Clinton. That’s like making a funk record and you don’t want George Clinton and the Parliament on there.
3. The guy that used to be the GM of the Knicks for letting go of Latrell Sprewell and getting Keith Van Horn in his place – Dickhead.
4. My man Peyton Manning for throwing 8 gazillion interceptions. Yo, what happened dog? I wouldn’t even have to give him that smack. He took care of that for himself.
5. Whoever is responsible for synchronized thug dancing in rap videos? I don’t know who it is but when we find them, they’re smacked.

Len: It’s when you watch a video and you notice all the thugs in the video are dancing together in the same two-step or they might even have a whole choreographed routine. They’re dancing like an R&B video, but they all have on baggy pants and bandanas. It started with “Beat It” from Michael Jackson when he had the gang members dancing

Len: Yeah, but you know what. West Side Story—there is no way you could believe those guys were fucking gangsters.

Kimani: Neither could you in “Beat It.” C’mon B! The dude with the white jacket on and the earring! He was not tough!

Len: You mean the guy who was trying to swallow banana? Yeah, I didn’t believe he was very gangster.

Do you think with groups like Def Jux and Atmosphere getting television time that music on the verge of a revolution or change of the guards? Or is it just trendy to be different now?

Kimani: I think it’s trendy to like underground records now. It’s been packaged and marketed in a way that’s it’s on some shit.

Len: I’m gonna call it what it is. It’s trendy to have a really great fucking publicist. Be Real. Cats’ publicists get them into these spots. More power to them that is what you pay them for. But, when our time comes… You gonna hate me. The underground—they’re gonna hate me. “He changed.” “Look at him on TV, look at him smiling.”

I need to see more people smiling on TV.

Len: Rappers in general don’t smile. You know when they smile… when they’re on Cribs.

Then they are on the cover of the source with a mean mug.

Kimani: Shit is real man. Shit is serious. Shit is not sweet, what do people smile for?

Len: For real, motherfuckers live syrupy lives. I’ve seen’em. They start off fucked up but once they get that first check, they get 400- 500 dollars—they’re moving.

I heard you guys wanted to do an album with Slug and (Mr.) Dibbs, is there any possibility of that?

Len: You know what would be really cool? If he would have shared that with me.

Kimani: It all came from an idea from a post on Len’s Board. They said they really loved the first beat we made together. They said it sounded like something Mr. Dibbs would have done. First it was interesting because really I made the beat.

Len: I just did the baseline and added an echo.

Len: I didn’t do that beat either. You know what’s really funny, if it was remotely strange or weird, it was me. But, if it was strange it was Kimani. Because I don’t do them shits. My beats are really fucking normal.

Kimani: Are you saying my beats are weird?

Len: Yeah like the beat for “To the Pain.” It wasn’t even fucking me!

Kimani: I played that shit on guitar.

Len: You see! This guy sits around his house dropping

mushrooms and E, makes a beat and all the kids are blaming me for it. “Yo, I really liked it, it was weird son!” People say shit to me and I don’t even know what they are talking about.

Kimani: Anyhow, the end of the story was, I thought it would be a good idea.

Len: Lucky for him I’m friends with Slug and Dibbs, cuz if he were to team up with people I don’t like…

Len: I like them as people, but when they’re stuff came out I never listened to it.

Len: See! Kimani is their biggest fan. He’s got all their pubic hair taped to his wall. He picked it out of his teeth. Hahaha! That was just wrong. I’m sorry Kimani.

Kimani: I might just murder you in your sleep.

What’s the best thing about making music for a living?

Kimani: Naw really, the best part about making music is being able to perform it. The most enjoyable shit about doing a tour is the 45 minutes while you’re on stage. It’s a lot of sitting around and waiting around to get on stage. 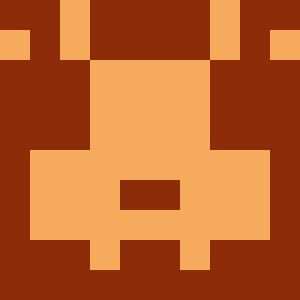