Sadistik shows his scars with each song he writes. Reflecting often about the pains that come from the passions in life he discusses thoughts and emotions most rappers hide in the closet. The sincerity in his delivery makes his music sound more personal than journals are. With less than a handful of releases he has established a name for himself and earned the respect of his peers. His upcoming album, Flowers for My Father, drops 2/19/13 on Fake Four Inc. He was kind enough to sit down and do what people in Seattle do best…drink coffee and talk grunge hip-hop.

Can you introduce yourself?

My name is Cody. I go by Sadistik on the interwebs.

You have an album coming out this month, Flowers for My Father. How is it different from your previous releases?

I think it is better [haha]. I feel I found my sound more…it feels more relaxed. I still put just as much effort into it, but I wasn’t scrambling or worried about things so much. Things felt more natural. I started out so focused on being complicated and technical. Now I feel more comfortable with that side, like I’ve technically proved myself. It’s challenging for me to do simple stuff, because it’s out of my comfort zone. Usually artists do the opposite. They get really good at the simple things then they get bored and complicate it. I got bored with complicated and now I’m going backwards and challenging myself with more simple stuff. Now I’ll decorate and layer something so heavily that I’m like wait, that’s my comfort zone. Maybe if I strip all that naked then it’s more vulnerable.

Do you have a song that’s the most important to you on the album?

No, I don’t really have a particular song that feels the most important, I guess I look at this project as more of a collection.

What were some things you had to come to peace with or let go of to make the album? How were you able to do that?

When I started it I made one song and was like, “This is it. This is what the album is gonna sound like”. It’s a song called “A Long Winter” and Ceschi ended up being on it. I wanted it to be brighter. I get bored if I don’t challenge myself. I don’t make as good of stuff if I don’t challenge myself and I don’t like listening to my shit as much. I got this dark stuff going maybe I’ll try to do something brighter. Not happy but a little bit more optimistic. I just had to let go of that [haha]. Cause I started making shit and it didn’t sound anything like that, but it kinda sounded cool to me. I had to let go of my plans that I naturally made in my head, so I went running with what sounded right. After a few songs I started to see something take shape. This is the stuff I want. I want more synthie and more 80’s in spots. I just had to trust myself if that makes sense. A lot of people worry about what other people are gonna think about their shit. I was more worried about what I was going to think about my own shit. I had to convince myself to let it go.

One of the most important things about art is how it affects others. What effect do you think FFMF will have on people?

My fan base is more fanatical than most fan bases. It’s smaller but people get very attached to my stuff when they like it. They feel more connected to it. So I get a lot of stories or emails or people at shows telling me about how something helped them through something. Which is awesome but I’d feel like a big fucking liar if I said I was doing it for that. Some artists say shit like, “I do this to help people” and I feel that’s such bullshit.  To be an artist in anyway is a pretty narcissistic thing. I basically made the decision to think I’m important enough to express my views as a living.  It’s kinda a really selfish thing. So I just don’t wanna be that dude who’s like “Yeah, I talk about issues people can relate to”. I talk about selfish shit or what I think and sometimes people connect to it. I love it and appreciate it but it’s just a bonus.

Was there something the album helped you understand more about yourself?

Yeah. I have to keep up with how I’m changing as a person musically. I’m in my mid-twenties and shit is changing. Especially lately these last few months I’m not such a sad sap, so I don’t feel like sitting and writing sad shit. But I’m still writing constantly so I’m trying something new.  I’m learning how to interpret things without everything being directly how I’m feeling at that exact moment…interpreting things from the past or how I see things. I don’t really talk much about other people or stuff around me as much; everything is from a first person perspective.

You’ve started directing some of your own videos. Is it more difficult for the concept of a song or video to come out the way you imagined it?

A video. A lot of the stuff I’ve been directing has been more like co-directing. The technical side of things I haven’t learned enough to do on my own. It’s more like conceptual when I’ve been writing the videos and providing what I want the scene to look like: how I see it in my head. It’s a lot harder for the video to match up than the song. I’m so technically in depth with music now that I can make things sound how I want. I just have to figure it out in my head.  I kind of look at it like a puzzle. Video I always have really ambitious ideas and ambitious pictures in my head—it’s just really hard to make that happen. A lot of times surprising things will come out of the video that are dope that I didn’t expect. Like when I wrote “Higher Brain” I only had one day to shoot that. It was horrifying. The concept I wrote didn’t come out as much as I wanted it to. There’s actually a deeper concept than what I think showed. But the visuals and the mood came out better than expected so I just took it. Videos for sure.

We’re meeting at Easy Street Records, one of the staples of the Seattle music community. Their other location just closed down. How do you feel about the direction music is headed?

I think it sucks. But it doesn’t matter that it sucks. It just is. I’m sure people felt like this when vinyl was going out, ya know? I’m hypocritical because I love the physical product and I love collecting things.  But at the same time lately I catch myself. If there’s an artist I really like I just download it off their Bandcamp and give’em ten bucks instead of actually buying the cd.

With that in mind, a single was the most purchased form of music in 2012. Does that have an influence on you and how important is the idea of an album to you?

No but it hurts me as an artist [haha]. I work really hard at making an album. You cannot listen to one song of mine and get it. All my favorite artists are like that. That’s why I love El-P so much. His albums sound like fucking albums. They don’t just sound like 14 songs but a well thought-out album. That’s why I don’t sleep at night. That’s why I’m stressed out all the time. I just want everything to sound right. Then there’s a lot of songs I make and don’t put them on an album and everyone online is like, “Why isn’t this on the album?” and I’m like, “Cause it doesn’t fucking fit!” I want it to be an album. It sucks.  I’m not a “single” type of artist. I mean, I have songs that people like more than others but I’m not a ringtone dude.

That’s one thing I love about your music: with every album there’s a clear beginning, middle, and end.

Yeah, exactly. That’s what I’m trying to do and that’s definitely the case with this new one, too.

Growing up was there anything you wanted to be besides a rapper?

Yeah. I decided I wanted to be a ninja. Like, I was positive. I was really into martial arts. My dad was a black belt in all these different styles of martial arts. He lived in Japan and used to train with Chuck Norris. He was badass! I basically hit a fork in the road when I got out of college deciding if I wanted to get a Ph.D in psychology or be a rapper. I did some interviews for the Ph.D. Shit, I had good grades so I could have skipped my masters and went straight into it. But that’s right when the “Search For Something Beautiful” video came out and I was really excited about it. I just didn’t wanna work my ass off to be in a cubical. Maybe in the future.

Kendrick Lamar was the winner of the year for me. I think he’s the best rapper since Lupe and I think Lupe’s the best rapper since Eminem if that tells you anything. I think Kendrick Lamar is fucking amazing. There were a lot of good movies. Kill List was badass. Prometheus I liked more than most people. It was a good year for children’s movies; ParaNorman and Frankenweenie were awesome — the first Tim Burton movie that didn’t suck dick in like a decade. It was good to see El-P get lots of shine this year cause I feel like he deserves it. Aesop came back. That was dope.

I think everyone should read Lolita by Vladimir Nabokov. Shout-out to Nabokov. 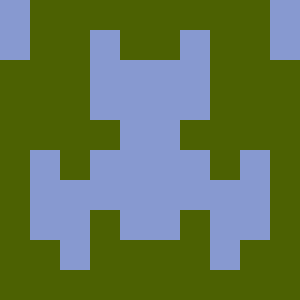 I wasn't born into hip-hop. My siblings listened to shit and my father always barked at me, "How do you listen to that shit?" whenever he heard my music. I never really fit the part either. Skinny jeans looked baggy on me and yet I spent the majority of my life wearing clothes at least two sizes to big for me. Growing up in Saskatoon, SK discovering Factor and "prairie rap" was a transcending experience. By this time I was already suspending my consciousness under a lifesize Wu-Tang poster. But like so many from my generation, Atmosphere was the gate keeper to the underground. A place where I felt the brilliant minds of music were hidden. They introduced me to my totem pole of unknown heroes.

Hip-hop has always been there for me. It's helped me through the realest of times. I love hip-hop. It's been the soundtrack to my life. Writing for UGSMAG is my way of giving a little back.

I'm currently living in Seattle working with kids as a speech therapist.