Sythe, a Vancouver beat-maker, has collaborated with rappers all over the world, including Australia’s Balboa and Holland’s Risskant. That’s in addition to backing Anonymouz, Copasetic, P-Butta and all the other players on ILL-Legitmate, the label he co-founded in 2004. Most recently he partnered up with Azrael to fully produce Pocket Watch, an album teeming with jazz influences.

When people ask what your production style is, how do you describe it?

At the moment it would be all over the place, but for this jazz project with Azzy I would say it’s experimental jazz sampling with hard drum lines. I tried to keep it as “live” as possible with many soloist cruising threw the lab.

Who were some of them that you brought in on this project and how did you connect with them all?

Well the two guys that had the most work on this album would have to be my brother Geoff (Sin) on the guitar and Dustin Simcoe (Backbone) on the bass. Both these guys really have no traditional jazz training, but they slayed it nonetheless. Angus McKee features his sax on “Swell” and has an amazing 12 bar solo on “To The Sky.” Also for the live set on drums we had Mac Hasselfield from Run With the Heard. I met all these guys the same way most musicians meet, either at shows or through others.

How did you and Azrael meet?

I think I met him at Monday Night Live at Lamplighter [in Vancouver] back in the day, when he was rocking that DDR [This Dance Dance Revolution Will Not Be Televised] heat and me and Anonymouz had just dropped his solo album [an.o.nym.i.ty, 2005]. But we didn’t start working together till about a year ago when I asked him and Chadio to jump on a track for the ILL-Legitimate Records album.

We were both really impressed with each others work ethic and boom — there ya go.

Pocket Watch has a very Jazz Age feeling to it. It’s very nostalgic. Did you decide from the beginning that you were going to create a rap album that is kind of putting on a ritz?

Well we decided we would do an EP first, with all my beats and Azzy on all the raps, but still “the day in the life” concept. Jazz is a common ground. We both have more jazz music then hip hop in our collections. And I wanted a chance to bring lots of musicians through the place. As we started mashing out the album, it just flowed so we decided to make it a full-length release.

How has jazz influenced your life?

Well I’d always rather throw on a jazz record and kick it with some vines and a bag than rock out, so it seemed like a logical choice. [Laughs] But for real: Since I was nine, I’ve always had lots of musicians around me whether I was around family, friends or at school. But I didn’t fully appreciate jazz until by grandfather put me on to it. There is so much to pull out of jazz on so many emotional levels and the art of improvisation makes it all more from the heart and in line with that hip hop way of thinking.

Was your family very musical? You have an uncle in the biz, right?

Yeah, lots of musicians in my family, but more on the classical side. Both my grandfathers played in marching bands throughout there youths, and my living grandfather still plays bass, tuba and trumpet in a local band. My uncle produced a few rock albums in the ‘80s and went on to play and tour with Alice Cooper and others from that era. He’s got an amazing studio on Bowen Island, which is where we recorded ILL-Legitimate’s first album, an.o.nym.i.ty.

Since you and Anonymouz formed ILL-Legitimate in 2004, how have you grown as a producer?

In 2004, I was just a beat-maker. I didn’t have much experience recording emcees or instruments either. Recording Anonymouz’s debut album put the whole producing thing into perspective. We could either pay someone else to mix while we sit there and tell them how we want it or we can grab the seat and make exactly what we want. The first album I fully recorded, mixed and mastered, was P Butta’s Got A Tic in 2008. That’s where I started experimenting with live instruments as well. Now that we have our own studio set up. Everyday is a new challenge. Which is dope, because if I’m not learning and progressing I’m not doing shit. So, yeah, if I had to sum it up: in 2004, I was just beat-making, and now I’d like to think I’m more of a composer.

You’re known to spit a hot 16 here and there. Do you want to do some solo work or are you not interested?

The ILL-Legitimate album will be out early next year with verses from me on almost all the tracks. And I’ve been organizing keepers for my solo joint. It’ll be more of compilation featuring emcees from all over the globe.

You and Anonymouz and Copasetic, all from the ILL-Legitimate clan, spent some time in Europe on the hip hop circuit. What was that experience like?

Our experiences overseas have opened our eyes to the fact that hip hop isn’t even close to dead. If it turns into disco in North America, I’ll be on first flight out to say what up to my people in Australia. [Laughs] I made a lot of good friends and connections in both trips, and if you’re an emcee or producer starting up [you should] definitely consider hitting the road. It’s the best way to find out what your made of and learn what your own sound is.

What do you have next on the horizon?

I see lots of suns rising on ILL-Legitimate and all of our ventures. Just finishing up another five-track free EP with Azrael called Medium Rare. All bangers! You won’t hear much jazz on this one though. The ILL-Legitimate album, Stitched With a Hyphen, is coming along nicely and should be ready to go by early 2011. Copasetic is working on his solo joint, which I think will be one of the best albums out of Canada in years. For real. Anonymouz also has another solo album coming out in the new year with production fully by Smoking Joints crew in Holland. Other than that, we just keep working, trying to make that next illness. 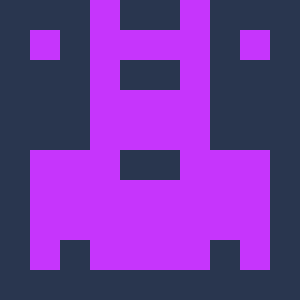