Edan is a pure hip hop person. No, not a pseudo street thug that profiles and poses about owning 50 crack houses from New York to Virginia. I’m talking about those real people who have fond memories of growing up to hip hop and using it as not only a means to an end, but as a way to express themselves for personal gratification and the sake of dopeness. I had a good time interviewing this guy back in November, and I wanted to shed some light on the “Humble Magnificent”.

Darcwonn: My first question for you Edan is…where have you been, man?

I’ve been working on a new album.

Oh, okay. I didn’t know that, man. You could have been doing anything.

Yeah, I do a lot of different things, you know. I probably be doin’ the same shit that you do. I don’t know what you do to nurture your soul, you know what I mean. But, its probably music related from what I gather. I eat, sleep, shit, hang out with friends and family and other than that…I’m into the music and the art. Going to the movies, literature and just enjoying myself, y’know.

So explain to the people who you are and what you are about.

On the surface, I’m just another musician out there. More specifically, I’m into hip hop. Among others things, that seems to be how I express myself even though I play the guitar and all types of shit. As far as hip hop goes, I’m a producer, deejay, emcee. Basically, just a song creator. Anything I need to do to get a song done, that’s me. So, hey, I’m a nice person, I would like to think. I’m just a human being, first off, you know what I mean.

So tell me, where you originally from?

I’m from Maryland, which is 20 minutes away from Washington D.C. You can say like the Maryland D.C. area.

Well, I’m from Indiana, so you know how that goes.

Oh…right. Yeah. So anyway…when it was time to do a college or higher education thing, I ended up going to music school in Boston. I’ve been here for the past six years. I took a year off and moved back to D.C., but for six years more or less I have been in Boston.

Hey, I like it, y’know. Anyone that lives her will tell you its cold. Its alright other that that. It is very college based. A lot of college kids. So, you are gonna have this youthful energy, but they don’t stay too long. You get some kids that stay around for 3-4 years and then they move on. You see new faces all the time. That sort of dominates the city. You have native residents just like everywhere else. It’s like New York Lite.

Yeah, its on some toned down city shit. A little more relaxed than a big city like London or New York, you know what I mean?

Explain your childhood and the part it played in hip hop for you?

Yo, man, I’m not proud to say, but I had a pretty mundane Caucasian upbringing. And there is nothing wrong with that. But, its like..a lot of our heroes in hip hop have led extraordinary lives.

But, y’know, I’m basically a kid who grew up and fell in love with it (hiphop). From the outside looking in, I grew up in a relaxed environment. I don’t want to call it the ‘burbs, but it wasn’t the city. I would say it was in-between. I was a lover of music and I was an only child, so my imagination was going every which way. Always alone…Making faces in the mirror, doing dances…just being stupid and creative. Basically, as I fell into this hip hop shit, no one was really around. I didn’t have a neighborhood where cats were battling on the block or anything. And I just pretty much realized that I wanted to make songs, and I had to do it on my own to have a finished product. In the long run, it was a blessing. It turned out to be the best thing. It was kids everywhere that was into this shit. But, back into Maryland, I was just into the crib, exploring my CD’s and shit. I wasn’t really out going to shows or anything.

Yeah. That’s cool, man. No doubt. So, the next question: how much of a Kool Keith fan are you, anyway?

Hey, I’m just a big fan of Ultramagnetic MC’s. I feel like they are a very significant group in the history of hip hop. These days now, I can’t say I listen to too much Keith because, for whatever reason, he isn’t what he used to be.

Well, part of the thing with that is he’s trying to reach towards the Black audience…I don’t know how the hell you do that shit…

Well, y’know, artists in general start to see their fan base pop up at their shows and they start to feel like “I don’t know if I can relate to my fans”. I don’t want to speak for anyone else, but maybe in his case he wants to make sure that all of his fans aren’t college kids who think he is all about some space shit. I mean, he grew up in the projects and he probably wants to see more of his people. And, hey, I don’t know what to say…I think that De La went through the same shit. But, I can’t speak for them. I don’t want to say that they are trying to do this or do that because I have no idea. I do feel that may be happening with Keith: that he wants to make sure that Black folks are buying his records, but I don’t know if he is going about it the right way.

I don’t think he is going about it the right way at all. I think he should just make the music he believes in and just forget about that shit.

You know what you should add to that? Add this: I have no idea what that man is going through and he is in control of his own affairs. I shouldn’t try to make any judgement on it. I mean, I’m entitled to my own opinion, but I don’t want it to be misconstrued to be me telling someone how to live.

Do you listen to artists outside of yourself? I only ask that because I have read some other artists say some old off the wall bullshit like “I only listen to Patti Labelle records”, but yet they are hip hop artists.

Yo, man, I listen to a whole lotta shit, but as far as new shit? I don’t consume as much as I used to. Now..yeah, there is shit that comes my way, but honestly I listen to some rock and roll shit. You might think that Patti Labelle is some way out shit, but I got some crazy shit for you. I listen to anything and everything. But, lets try to be specific because a lot of people give that answer. I listen to: Old hip hop, late 70’s hip hop, early 80’s hip hop, early 90’s hip hop, 2004 hip hop, James Brown, funk, soul, jazz, blues from the 30’s and 40’s, psychedelic rock from the late 50’s. Y’know, I just like to explore every realm that I can get my mind on, y’know.

So, do you believe that artists need to be fans first and artists second?

Well…yeah just for the fundamental principles and morals that influence positivity. What I am saying is that being a fan is a good thing because it means that you love what you are doing and if you don’t love what you are doing, then I can’t see how you can spread love to others. Yeah, I think it is good to be a fan, definitely.

What do you call your music? Cause some people add titles to their shit nowadays.

I mean…you can put it in the hip hop section of the record store. But, I don’t get into all that extracurricular shit. There’s no need for that. You know…put it next to Jay-Z, I don’t care. It’s all good.

When is the next time you’re going on tour?

Sometime in March cause I’m working on this next album. I think the album will be entitled Beauty and the Beat.

Good looking out. But, that is a tentative title. I have a single coming out in January because I haven’t put out a record in a good while. I don’t really want to put it out there unless you ask me. I don’t know if it is appropriate.

Single coming out in January called “I See Colors” and the B side is called “The Science of the Tomb” with Insight. That’ll be like mid to late January. I got a mix tape called “Sound of the Funky Drummer”, should be coming out in February. Its basically all hip hop songs that used “Funky Drummer”, the James Brown joint. It’s a continuous mix. Oh, and there is another mixtape that I did a while back called “Fast Rap”. It details the late 80’s hip hop when they used to murder tracks over fast beats. I might have to send you a copy unless you can find it. Cause I love making mix tapes, man. If I’m not putting out my own shit, I’ll be making those hopefully to reach out to some kids with some music. 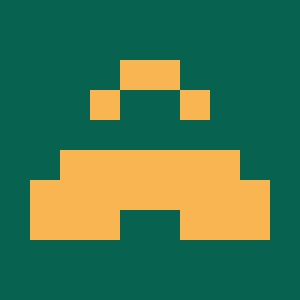