Nestor Wynrush is my main drinking partner. Winn City to Bar I to The Red Cactus to Tavern to Times Changed, we put nuff dollars back into the economy. He also raps, better than you do. After some legal trouble involving his former alias, he emerged a new and incredibly confusing force to be reckoned with. Beatles covers and odes to flying above the clouds, lady. It’s a new day. The man known as Black N Roll and I sat down at different computers recently, and conversed via a social networking website about Winnipeg and food. We even managed to touch on racism, and worked his old album and handle into the conversation too. Satchel Paige’s Guy, I’m From Here will one day be more coveted than your favorite nerd rappers basement tape. Here’s how the conversation went…

Where exactly is the here that you are from guy? I’m confused.

From “Here”- Means many things. It means I’m from Canada. It means i am from Winnipeg. It means i am from Mississauga & The GTA. I got tired of growing up and being asked where I am from. I appreciate the question when it comes with no knowledge and people are just plain curious but some people mean to ask it in a mean and condescending manner. I am the child of immigrants. I am proud of my heritage. Being Canadian means that I can be proud of being Canadian and be proud of the culture of my family and still practice their customs. Too many people hate the hyphenated Canadian. I’m Trinidadian-Canadian, I am African-Canadian. They are both part of me. I will not renounce one for the other because that would be a lie. I live both or all three identities everyday. I am not pretending. This is who I am.

Why do you live in Winnipeg? Are you funny in the head or something? It’s cold here.

Winnipeg is cheap. Its a pretty multicultural city north of Portage Avenue ( Excluding The Harambee Development and some areas by the U of M). The city and the people have character. Its not city that tries to fool itself. My family first emmigrated to Winnipeg and then went to other places in the country so it feels like home. Plus its in the middle of the continent and that makes travel easy.

Its cold. I am crazy. Its so cold my mother moved and swore she’d never return. its been almost 20 years since she left and she has been back once for a weekend.

What’s up with the name change? What exactly is your name now? Terry Loxx? Black N Roll?

I had to change the rap name because the estate of the legendary baseball player, Leroy “Satchel” Paige was threatening to sue me. The lawyers chased me through email and mail for almost a year. They were asking for more money then I’ll ever see off the sale of any of my records. It seemed irrational to keep the name. I also got a letter from the family of Mr. Paige and it helped to change my mind and made a potential name change easier for me to digest. It became apparent that money was not the big deal to them they just wanted Mr. Paige’s legacy to be intact and under their control. After awhile I decided it was a wise decision to change my rap name because their would never be better timing. The official name is Nestor Wynrush. Black N Roll and Terry Loxx are just alternate but not official names.

You have a lot of stories about racism. What’s the story there?

I don’t mean to have so many stories about racism but racism has been littered through out my life. I remember sitting around in high school one day and thinking about how I’d like to plan and write an album. What would its content be about. I wanted to talk about my family’s experiences in a foreign country that may not have all the time been very receptive to them. I wanted to talk about my friends and their experiences, and most of all celebrate an aspect of the Fabulous Black Canadian Experience with all the fifty people that were to ever hear my record. It just so happens that racism has played a part in all of our lives. Therefore my songs reflect that. My songs also reflect: cultural identity, young love, barber shops, entrepreneurship, friendship, dream chasing, partying and other universal themes.

If your house has leaking pipes do you just choose to move or do you decide to be proactive and try to fix the problem? I view it as my family moved to a beautiful almost perfect new house (Canada) but it has pipe problems. Now we’ll all try and fix that shit.

On another topic, why are me, you and Bad Mannaz from Shadez never in the same place at the same time?

All those great drinking minds can not be in the same place at the same time. We’ll insult every rapper and discover new ways to hate Winnipeg. Winnipeg would implode on itself.

Bar Italia for hot gals on a summer day and decent DJs and Winn City for a quiet time with the boys on any other day. Plus, Winn City is good for me and some others to get drunk and just stumble home. Both are clean but Winn City is clean and dirty. Did you know a waitress popped out a titty to us and…(edited for content, damn Black N Roll!!!)

Don’t make me choose. For writing this question I choose to give you the Winnipeg handshake and watch you bleed to death.

And there you have it. But the answer to the age old question? It’s actually chicken AND goat.

Interview provided by our friends at living underwater. 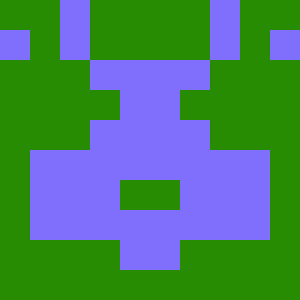 Position: Writer About: Haling from East Vancouver, BC, Birdapres (pronounced BIRD-UH-PREY) has long been one of Vancouver's best kept secrets. A brilliant lyricist and rhymer, he is a rapper's rapper, equally adept at freestyle and the written verse. Growing up between Vancouver and Victoria, Birdapres (real name Dane Goulet) evolved from a trouble-making youth to a full time hip-hop fan and participant. From collecting rap 12"s and cassettes in the late 80's to pressing his first 12" (with RKV) in 1995, Bird has had an unwavering commitment to the art form that is hip-hop and music in general. He has studied its history and is a walking encyclopedia of recorded music. He can find a funky break in virtually any pile of dollar records. His record collection has something from every era and every genre, and he has made his living as a record dealer at various times in the ebay era. Birdapres has worked with many notable artists over the years: Moka Only, DJ Moves, Len, Styles of Beyond. But he has also appeared on countless underground releases in and around Vancouver over the years, because the scene respects him and he is always down to work with someone new. This attitude eventually paired him with mcenroe of Peanuts & Corn Records, and led to the formation of mcenroe & Birdapres and the release of Nothing Is Cool. This recording was one of the most popular and best selling releases for Peanuts & Corn, garnering rave reviews and selling very well in Canada. The Nothing Is Cool tour visited 17 cities across Canada, and Birdapres finally saw the size of his fanbase first hand. Links: Peanuts & Corn Living Underwater