The Extremities are two highly productive members of Canada’s Backburner Crew, consisting of two halves of a shared brain, Fresh Kils and Uncle Fester. Working with a venerable list of highly sought rappers and musicians, they’ve created a heavy body of work. They’ve recently released and toured their latest effort, Instruments featuring crew mate and label statesmen, Ghettosocks on the full hosting duties. I caught up with them a few months back before they hit the road for the tour and learned a bit about how they pilot these projects.

Gentlemen! Introduce yourselves to the readers of the rooster, and those beyond, in the ether! What is the origin story of the Extremeties? Global Crisis I’m assuming, but I’ll let you expound!

Fresh Kils: We actually lived next to another in residence at King’s College in Halifax, very serendipitously, and learned quickly of our shared interest in music. It was a very musical group on that floor in Middle Bay. Shaun’s roomy is currently the guitar tech for Arcade Fire! Anyway, at the time I was a guitar player, and had been doing bare bones production with my four track, and Fes had just started DJ’ing and was dabbling in making beats. I had never really been exposed to much hip hop, but when Fes started showing me the process of beat making, I was immediately hooked. It was like a veil had been lifted on a great secret, and the keys to creating some of my favourite music at the time had been given to me; Beck, Portishead, Chemical Brothers.

The hip hop scene in Halifax at that time was very exciting, and both of us were very much swept by it. We’re talking about witnessing the origins of Buck 65, Skratch Bastid, Classified, Sixtoo/Megazoid, DJ Moves, Josh Martinez, Kaleb Simmonds & The Goods. It was a very inspiring time, and it gave us direction and purpose.

In second year we lived together and created, and in third year I moved into the house where I would build my first studio, and we would really begin the process of making records. Because Fes and I were the nucleus of the studio, and our skills complimented one another, myself as engineer/producer and he as DJ/producer, we were a natural team.

We had worked together on specific Extremities material before, but it wasn’t until Fes started working at CBC, that we really coalesced into The Extremities. Fes pitched a project idea to a couple of the producers at CBC about us remixing a jazz record, and they bit on it. Our first record was essentially commissioned by CBC, for us to rework a jazz record called Tonic, which had pulled together some of the best jazz musicians in the country. The process of producing, mixing, and performing this album was the birth of The Extremities.

Can you each tell us about your origins with the Backburner crew?

Fresh Kils: The Backburner Crew started with Fester and I in my basement, building our first studio, and finding like minded people, friends and collaborators to work with. Initially, it was Fester, myself, Process, Dexter Doolittle, Thesis Sahib, Jesse Dangerously, Frank Deluxe, and Jay Bizzy. It grew from there as we expanded our network. The studio, then on Chebucto Lane in Halifax, became a home base where we learned and created, and once things started taking off we decided to give it a name.

Uncle Fester: As an add on to what Kils said, shortly after that initial formation of the crew, we went on the road with Thesis and met his homies in London Ontario, The Toolshed (Timbuktu, Chokeules & Pysbo) who instantly became part of the crew. Wordburglar and More Or Les were soon to follow after that.

The new album Instruments dropped a short while back, what would be the cohesive idea behind this release?

Kils: Our name, The Extremities, came out of the idea that our instruments were essentially extensions of ourselves, and as we’ve expanded our palette of sounds, the ‘cockpit’ of this ship we’re piloting has gotten more and more diverse. Its kind of a play on the idea that our musical instruments are like a pilot’s instruments on a plane, and the process of making this record, and managing The Extremities as a group, has felt like we’re piloting a ship.

You brought Ghettosocks along for the most of the songs on this one, what was the idea behind that team up?

Kils: On previous releases, we’ve combined lots of different people together on songs, and while the result has been awesome, we liked the idea of there being a guest, or a host almost, that would lend a cohesive vibe to the record. Ghettosocks was a natural choice for us, not just because he’s our label mate and long time collaborator, but because he’s hands down one of the most talented emcee’s in the country.

Fester: That and he and makes a mean sandwich! gotta keep those people close!

When putting this album together, how was the work done? Did the two of you sit down in the studio together? Come up with ideas separately and build from there?

Kils: Both Fester and I are always creating, both together and apart. The Extremities is always a priority for both of us, so we’re always bouncing ideas off one another; beats, concepts, potential features. After a wealth of material has been collected, we choose the best of it, and go to work separately, and start trading it back and forth. Fester will work on cuts, I’ll work on arrangements, for example. I work with our incredible sax player and horn arranger, Anthony Rinaldi, here in Toronto, and get horn parts together for one song, while Fes works with Tim Crofts, and amazing keyboardist out in Halifax. We’ll keep compiling stuff, and then come together and chisel out a song.

Thankfully for this record we managed to get together a lot, and not just for the record itself, but also to create, practice and film some new MPC / Turntable routines, which became the heart of our live set, and promo for our album.

I know that Kils is a pretty busy tour monster, and I feel like Fes, you get out there too, so how and when do you two decide to put together an album? Something tells me you have some underlying schedule with your releases?

Kils: Well the Halifax Jazzfest in Halifax in July has been a focal point for us, so for the past couple albums we’ve built the release, promo and tour around it. I’m always the one trying to kill more birds with one stone, and Fester is the one tempering me. This year we were really excited about hitting the road with Megaran and Coolzey in September and October in support. We’re doing the A3C Festival in Atlanta which we’re really looking forward to. The timing has worked out perfectly so that we have a great new release to push to new markets in the States, which is becoming more and more important for us.

Fester: I never think we have enough time to to create, I hate it. Honestly, I feel we’d be WAY better on record and live if we’d create more, chill on the spreading ourselves thin.

What’s the studio like? I imagine between the two of you there is floor to ceiling records? Sampler over keyboard over drum machine stacks?

Kils: The vinyl is slowly taking over both our studios (LOL)! That’s a constant for both of us, yes. We have the same vocal chain for recording, which has been crucial for consistency throughout the record. We both have MPC’s, and keyboards, and use logic as well. Because we’ve learned together we share a similar workflow. Fes has more DJ gear, and I’ve got more guitars… (LOL)

Fester: We peak at each other from cracks between stacks of vinyl, one time I lost kils somewhere between the “D” and “G” stacks (we have all the vinyl alphabetically arranged you see) He survived off of fruit loops.

What are each of your weapons of choice?

When its not hip hop, what do you find yourself listening to lately? (stroke samples off this list)

Kils: Both Fes and I are really loving’ Broken Bells and Little Dragon right now. Enjoying Beck too, and going back to his earlier albums. My Fleetwood Mac Rumours album is never far away either.

Who’s setting up the artwork for your album covers? they all have a really cohesive feel and really pop!

Kils: Ghettosocks has been holding us down on our artwork from the beginning. We had a lot of talks at the beginning about having a concept that would continue through our releases, and having one artist handle the design. Labels like Stones Throw and Ninjatune always had that vibe, where you could almost tell a release from them by the art alone. Once we had decided on the concept of aviation junk for our first record, it had so many possibilities that we kept that concept throughout. It was really Ghettosocks that drove home the importance of great photography, and maintaining an atmosphere.

Fester: Yeah Socks is the man on the visual tip. His influence is greatly felt through Canadian Hop-Hop that way, not a lot of people realize it…his work is everywhere on albums. Don’t sleep!

Each of you, favorite break? For sampling AND for live performances?

Kils: For sampling, probably my favourite break is the Les McCann “North Carolina” break. Its so heavy and dusty, and has a killer snare. Performance-wise I can’t really get away from James Brown’s “Funky Drummer”… it just sounds and plays out with such energy. And its not about the heaviness or power of it, its actually quite light, but the vibe of it just slays. And because of the open hat, roll, and off snare, I can really dig in on some insane patterns.

Fester: The John Travolta break. Not a joke. It’s heavy, straight up and goes FOREVER. Also it was the first break I ever got.

Kils: We just hit the road with Megaran, Coolzey and Shafer the Darklord, five weeks on tour throughout the States. We played the A3C festival in Atlanta on this run, which we’re really excited about. Lots of new markets, and greats crowds to win over.

For releases, we’ve still got some live routines up our sleeve that will be coming out. And apart from a new album, which is slowly taking shape, I’ve been compiling killer accapella’s for another ReFresh release…

Fester: We’ll have a new album spring next year, hopefully a remix project within that time frame as well. We’re producing an album for a young MC outta Halifax named Alfie from the might #ODOD crew. Also I’m working heavy with my main MC and dude Ambition on new mixtapes and releases.

Fester: I gotta shout out Bill Walton, my hero, my mentor, my guide, I miss you, please come back to the announcer table! 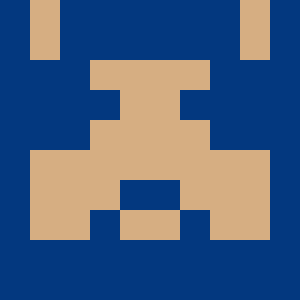