Producer, artist, teacher, family man and activist can all be used to describe Dig Dug, aka Agartha Audio and more recently, MF Borat. By the end of this interview I started to think of Dig Dug as a beat making super hero with a crew of dope MCs, who’s missions are to take on the world and rid it of social and political ignorance. He recently released his latest album, The Hollow Earth on Uncommon Records where you can expect to hear about conspiracy theories, reptilian people, underground cities and corrupt corporations spoken through the language of hip hop.

Man my earliest hip hop memory is definitely my first tape. It was Too Short’s Dangerous Music tape. I got it in East Oakland at one of these legendary record stores that went the way of the dodo. It was the album cover with the skull on the front. That’s like my strongest memory. Just havin’ that tape. For live shows, it was seeing the Jungle Brothers and BDP at the Brooklyn Community Theatre at a legendary show in like 88 or 89. That was my fondest memory of wanting to get up and do it. That’s still probably the best show I’ve seen in my life.

You did a dope remix of Doom’s “Favorite Ladies”. Who are some of your musical influences?

Man growing up Led Zeppelin was definitely a huge influence. Different rock stuff I loved. Growing up my mom loved the Beatles. She took me to see A Hard Day’s Night when I was hella young. My first concert was as a little kid going to see Stevie Ray Vauhgn and my step brother turned me onto Hendrix. Hendrix was a big ass influence for real. I’m a keyboard player as well as a beat maker and it was always bass lines that did it for me. Like on “Paid In Full” when that bass line comes rollin’ in, baaaam-bah-bah-baaaam-bah-bah-bah-bum. That shit. My favorite songs were always the shit where I just loved the bass line for some reason. I’d say hip hop wise my earliest influences… Too Short was a big one definitely. But I would say it was mostly East coast stuff. I’m from the Bay Area and we have a strong contingent of dope music coming out of here but man it was East Coast stuff that REALLY turned me on… Except for Short of course. Then when Hiero came out and more of the innovative abstract stuff was coming out of the Bay… Hiero, Hobo Junction were definitely big influences. But yeah, primarily East Coast stuff. Anything produced by Premier or Rza back in the day. All that stuff was the shit to me. Black Moon was my shit. Oh man. When I heard “Got Ya Open”. Ohhh man that shit blew my mind.

What would you consider your favorite genre of music to sample?

Oooh Soul, Funk definitely. That late 60’s, early 70’s shit. Definitely. But the good shit’s been raided so much I tend to choose more eclectic weird shit. I go for international world music sometimes and try to dig into more rare weirdo shit too. Not the same old soul funk that everyone else is digging for. I’m also a keyboard player so hella times I’ll just sample myself.

Are there any artists that you’re dying to work with?

Doom. My favorites are the cats that sparked shit off in the early 90’s who are still doing it today. I’d like to work with anyone who’s a real lyricist. That seems to be a dying breed these days. My main beef with hip hop these days is that shit took a huge nose dive lyrically. I just don’t hear that many cats that were born and raised on the “golden era” shit, or cats that were actively recording back then who are still progressing lyrically today. Or who are still coming up with new metaphors, not just an ad-jingle bullshit mentality for making a track.

True. Talk to me about Agartha Audio. Why’d you form the collective? How did you decide who should be in it? Who are the members?

I had just come out of art school as a painter. I was in San Diego for a few years. It was basically a collaborative vibe. I was getting together with painters I had grown up with and they were all graffiti writers and shit. Through my keyboard background they started getting me to lay down tracks on the keys in the studio. I think it was 2001. There was a theme song on the radio for one of the local hip hop shows and they got on the air to talk about how the track was made and mentioned me as sample fodder. Eventually my man Nac was like “Oh yeah my man Dave, we sampled him”. I was like: “Fuck that”. To me, I had made the whole beat minus the drums. So I said, “fuck it, I can do this”. Basically the stuff I make music about is the same stuff I paint. I’m really into mythology of different countries. Around 99’ I started to hear stories about the Earth being hollow and these snake people living in these hollow Earth cities and being holders of spiritual knowledge for the world. I started to believe that shit and I started to find different versions of that belief from different cultures. Even more contemporary groups like the Nazis started to dig up that shit. That really bugged me out. Then I guess the Mormon Church believes theories too, so I started making paintings based on that shit. When I collaborated with my boys who were mostly graf legends from the East Bay, I started to program beats and put together this script telling stories about the Hollow Earth stuff, conspiracy theories, sometimes politics, social criticism. Mostly bug shit that I wanted cats to rhyme about. I started making beats themed around one of the big Hollow Earth cities so when I started my production company, Agartha Audio was a no-brainer. As far as who I was collabin’ with, it was mostly, Nac1, Gigster, Mischief Mike, Sarg, Cam and some of their friends. I have a twin brother and we would have these ill jam sessions over at his house, rockin’ out on some funk improv type shit. Nac and Gig would bring their mics over and when shit would get hot the freestyles would get soooo sizzlin. We just started building from there.

That’s Cool. So it was just making art for the love, and then taking it to the next level with music?

Yeah. As I said before. I was trying to make it as an artist but it felt like the art world was a bunch of bullshit. Just making decorations for rich people’s houses. I thought music could be a way I could actually get more loose and get out some of the weird ideas inside my brain. Both of my parents are musicians so I grew up in a real musical household. I feel like it’s coming around full circle with me.

You guys went in on BP with that “Gasoline Beaches” joint.

What are you hoping to accomplish with that?

Man, we’re just voicing descent. It was actually Megabusive who hit me up on Twitter saying he already had a title for a track (Gasoline Beaches). He said, “We gotta do an anti BP joint”. Passive came in pretty early in the gig as the voice of BP. As well as being an ill lyricist, being from London we thought he’d be perfect. It just seems like when shit’s going down in the world that’s as big and serious as that, we have to do something. We’re trying to bridge the gap between entertainment and what’s going down in the world.

I think it’s good to have some music that educates. I’ve learned a lot from hip hop.

Definitely. Like the Chuck D saying that, “hip hop is the CNN for black people”, or basically lots of people now. The amount of information you can contain in one hip hop song is crazy. A beat that may have layers of samples from other music with your own original shit laced up in there. Then lyrics… One hip hop 16 can fit worlds more information than one 16 from a rock ballad. The information level in hip hop is definitely on some CNN shit.

If you had to pick one song from The Hollow Earth that’s your favorite. What would it be?

Man. It’s probably the same as everyone else’s. “The Butterfly Effect”. I love that shit. It was originally for Cam’s album but it was a little bit too left field. That’s always been one of my favorite ones. That, and “Together” featuring Nac1. I also like “MK Ultra”, another one with Nac and a bunch of voice over samples about mind control and the whole package.

‘Jack & The Beanstalk’ by Dig Dug and his daughter Maya

What do you do when you’re not making music?

When I’m not making music I’m teaching people. It started out as a beat making class and is now digital music so I’ll teach high school students how to record, compose, make and arrange their stuff. We cover hella bases. We start off with the blues scale, making simple shit with blues chords and notes. Then get into live recording and we’ll do mash-ups and remixes. I also try to sprinkle in some music history and figure out what they’re into whether it’s house music, reggae, Asian pop or whatever. That’s one thing I do. I’m also a dad. I got two kids. I’m holding down family life in a big way and of course I’m a visual artist. I get my paint on once in a while and maybe once a year I’ll be part of a painting show. Skateboarding is one of my other passions. I’ll hit a skate park once in a while.

Damn man. You juggle a lot (laughs). Any shout outs?

I just wanna thank some people who have helped me out. Big ups to KCB, FSC, my man Nac1, Gigster and Mischief Mic. Thanks to Nasa at Uncommon for hooking me up. Thanks to all the Uncommon heads. I feel they have a strong thing in the making that keeps getting stronger. It’s definitely not an individual pursuit. It’s a collective thing for sure. I wanna thank you too for letting me babble on. 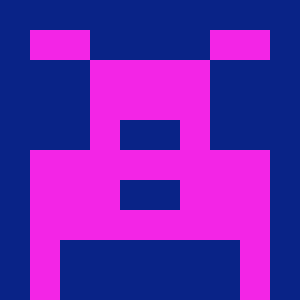