Constantly pushing the boundaries of rap music, Pigeon John is unlike anyone else out there. With a playful and energetic sound that is continuously evolving, he is more of a mulit-talented musician than a rapper. Born in Omaha, Nebraska and raised in Hawthorne, California, he is currently residing in LA, and has released at least seven full-length albums and collaborated with a huge list of artists from Opio to the Grouch & Eligh, as well as with his groups LA Symphony, Rootbeer, and Brainwash Projects. His most recent album, Dragon Slayer, was released in October, and he is about to embark on a tour of Europe. You might have heard his latest “The Bomb” banging in a Volkswagen commercial or a Celebrity Apprentice promotion, or you may have heard him from the sidewalk pumping out of an ’88 Cutlass; either way, Pigeon John gets around. I recently caught up with PJ about movies, God, and pigeons; read up to see what this fresh genre-bending artist has been up to lately.

First of all start off by introducing yourself, where you’re from, you’re label etc.

My name is Pigeon John, born in Omaha NE, raised in LA, now residing in the Westlake neighborhood of LA. I’m on Quannum Projects out of Oakland, home of Lyrics Born, DJ Shadow, Lateef the Truthspeaker and Blackalicious. I make hip hop music that Brian Wilson would dig.

You’re about to embark on a tour of France, how excited are you for that?

Very excited. I’ve only played Paris once before but it was such a quick trip and I really didn’t see the land, just girls in black clothes. Herve Salters, my producer, is from Paris and he’s touring with me with his band Honeycut. I’m happy to and taste the land of France and plan to get someone pregnant.

You’ve also been featured in some commercials and other things, how do you feel about this more widespread recognition?

I feel lucky and fat. It’s all luck you know and all us writers can do us write and live. Whatever comes comes, and we must be content and grateful for our jobs. This is my fifth solo record so it feels great. I’ve already spent all the money on things I’d rather not say.

Have you been doing any work lately with Brainwash Projects or Rootbeer?

Both groups are writing now. bTwice and Flynn Adam are producing great stuff. Don’t know when these projects will be coming out but we are writing and having fun. It’s all LA Symphony homies, I feel blessed to be from the black sheep crew that changed things…

Are there any plans for LAS to start making music again?

Hopefully man! I love my boys and love their music. We are all putting out music. GreatJsnBeits just released his latest EP, CookBook also. But it is a dream of mine to all come back, all eight of us, and do it properly. No money allowed. Money screws up things. Money and women.

Do you encounter a lot of stigma when your music is associated with Christian hip hop?

Do you think it’s important for Christian artists to diversify outside of praise music?

Praise music embodies all music. Even the rocks praise God with a single note. So all of God’s children that make tunes down here is a sweet praise to God. I make praise music and so does Wu Tang Clan. God is a big God, yes? There is no Christian industry. Just ask yourself, where does God kick it? Everywhere so everywhere is his realm. The industry is his and his children play at will. Whether you’re smacked out at Dim Mak or raising hands at church, it’s all his temple. You praise God no matter what, we have no choice really and god draws no lines, humans draw lines and boxes and I think that’s a complete waste of time. Kids don’t know who these artists are outside the church; they listen to Odd Future and geek out.

Is it difficult to balance family life with touring and making music?

Of course, but no more than a traveling salesman. I myself really got wrecked because my balance fell off, but I learned and I grew a bit from it. I think touring is mandatory and I think taking your family with you works best. Like Lennon and Ono. Keep your lady with you and if she isn’t down, expect things to change between you. Grow together not apart. I wish I knew that more.

What do you like to do outside of making music?

Listening to music and going’ to concerts. I love seeing bands kill it in new ways. It brings me joy. Also I’m a big movie head and I’m searching for cheap dollar movie theatres. I’m also into reading and drinking coffee with punk rock on. And bugging my friends with sex rap texts. I make them laugh. I love comedy.

Last year you released the album Dragon Slayer, how is it different than the other music that’s out there?

I think it doesn’t sound like anything out there. Sonically, I’m proud of it. Herve and I weren’t bent on making something different with pop songs. I think its hip hop in spirit but 60s pop at heart. I think it sounds like De La Soul and Brian Wilson had sex and had me. Put Dragon Slayer on, then put on Drake. I’m in a different world and care not except for making music history. Not music industry history but music history. And to be real all I’m doing is hearing my little voice and putting it down. But everyone is OG. I stopped chasing and found out I was leading without trying. It don’t sound like nothing out there. Rock, rap, R&B, punk, nothing.

You helped produce that album, including production with original instrumentation; do you prefer this over sampled production?

I produced it with Herve Salters and I do prefer this way than the old way of sampling. Not that sampling isn’t a punk rock action, but I felt like I’d never wrote an album and had it produced like a rock album. I love it ‘cause I’ve been hearing melodies since a kid and it challenges me to battle the greats. I had to become a singer/songwriter/emcee because that’s all I’ve listened to. Dylan, Wilson, etc. etc. etc. I want to battle with the big boys and this is my first attempt so I’m excited about the next one!

Do you prefer to rap over your own production? And how do you like the producing process?

I really do, because I think I’m hearing and verbalizing the melodies. Now I love rapping over others beats! But I want to do it this way and I think people can hear the heart behind what I’m saying because I wrote the music as well. My MPC and Yahama QY100 are my guitar, and I write my songs like beats instead of chords, then I get naked and write the raps.

You’ve collaborated with a highly impressive list of artists, who has been the best to work with?

I loved working with The Grouch And Eligh. Cali boys have this edge about them. We did our single “All In” and had a blast working it.

Who do you think is making good music out there right now?

Right now I’m really feeling KING, this R&B group from LA. Like three Erykah Badus that make their own beats and write their own stuff. I love them. Also I really dig Odd Future. LA is killing it now and always. The competition is thick out here.

What projects are you currently working on?

The pigeon. I just saw an all white one perched on my seventh floor balcony and it was watching me. I took a picture and I’ll send it! The ghetto dove, dirty, sexy, hungry and everywhere.

Any last thoughts or shout-outs?

Just to LA Symphony. Smash the phonies! Thank you. 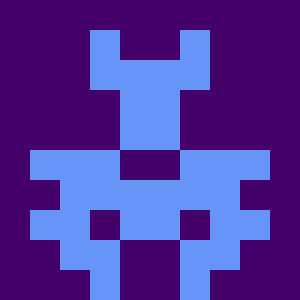 Pigeon John – “Champagne On My Shoes”