Introduce yourself, what are your rap affiliations, etc.?

Well hello there my name is V8 aka Troy Witherspoon. I have many affiliations… TFD, SAK, AngrySpace with K-the-I??? and Shortrock, but mainly I am the ceo. of TornFormDrawing (TFD). TFD is a crew that was started as an original chapter of the Chicago Chirocknation (chapter 6) started by graff writers Rok and Lady Jinx who are both world renown in graff mags all over the planetoid. I come from two north side rappers named Orel and Cheto which are the first abstract rappers from the north side of Chicago that sadly never put out too much material. Orel and I used to spearhead a 16 piece live hip hop orchestra for years called the “Freefrom Sessions” where we introduced hip hop to a lot of venues in Chicago that wouldn’t normally have let it happen unless we had a band. We paved the way for most of the city’s venues to this day that allow hip hop shows to be performed in Chicago. You name a small venue, we most likely played it first. I then disbanded from that and took the TFD name around the world finding all kinds of talented geniuses all over the planet… my boy Timmo in Japan, the genius skratch musician and brother of mine Dj ShortRock; who can take a track and lace it with pure love for not only the art but the soul and the lifetime it takes to master any art… K-the-I???, radioinactive of the Shapeshifters, Arc Sin of Defintive Jux, Vyle, Crisis Colossus, PFM, Jes the Universal, Dj Hato, Quest the Unborn Child, Shanobi Black, Davey the Drednot, Jarvis of 45 below, Crush Con 7, mpure, Polo, PK, and a bunch of younger graffiti writers still repping for TFD.

You are from Chicago right? Have you always repped that city?

Yes I am… i rep what I’ve learned in Chicago. Chicago is still growing out of the ghetto, there’s an extra million out of towners since i grew up and I’m only 26. The diversity has made for better times but with the culture dwindling away I find the people pulling away farther and farther from the hip hop more so than they already have.

People indeed are moving away from hip hop… I see it in a a lot producers giving up on sampling and texture… even in most neo mc lyrics I hear kinda like a spiel or just raps for the sake of rapping for a certain brand of humans… but isn’t that the point? To persuade the buyer? I make music for myself, my friends and find it utterly amazing that I have the fans that I do. I find honour in the ears of humans and the hearts of women. I care less for the difference between hipsters and rabbits… ya dig? “rap coming together” I can translate into many things, but if you mean it as the unification of culture within the sub genre’s that is virtually impossible. There is too much ego in hip hop, I see it everyday in a million children’s eyes trying desperately to hold on to the excitement when it is indeed a very difficult culture to understand without struggle. The importance of sub genre’s coming together is a good idea if done properly, but style will naturally clash being as though a lot of music in general is not made by musicians you feel me? Shit a lot of music sold is just imitation art… humans are killing hip hop no doubt… but at the same time right now there is an explosion of wonderful hip hop emerging from all over the globe! We came a long way from the Bronx my friend and we must keep moving forward.

You are a graffiti artist too right?

Indeed I am… I’ve been bombing Chicago streets for over 10 years. I bomb freights when I can but as I get older I find less and less time to go out painting… but indeed… you will still see me up.

So I understand that you go back a ways in the Chicago scene. How has the scene changed there over the years?

Indeed… we pioneered abstract lyricism on the North Side of Chicago. I saw the culture flourish and grow from the beginning, the scene has changed drastically. Chicago has a hard time getting along with each other, it’s in the nature of the city. I personally don’t like a lot of rap from Chicago, but i got love for old Nacrobats and All Natural shit… the Opus are very impressive productionists and the Mole’s have always been good at sampling… but indeed it took hip hop a while to break through in Chicago. We were still having to breakdance to techno, house, and freestyle at the clubs till 94 or so. Hip hop in Chicago is not what you’d think it would be being as though we are such a massive metropolis.

If a hip hop homie was to roll to Chicago and stay with you for a week, as a good host, where would you take him? What would the necessary rap activities be? Any good tourist shit there?

Well… there’s a few bars but nothing too hip hop you know. Hundreds of wonderful jazz and blues bars/clubs… reggae nights anywhere are the most popping indeed… but a typical Friday night is like every night… we got taverns and clubs till 5am and food 24/7 everywhere. Chicago is all about drinking and eating, there are a lot of festivals in the summer… other than that we don’t do tourist shit but we can definitely go see some fine art at the Art Institute and chill by the lake… it looks like ocean… I got some friends with boats and it’s always nice to float out in the lake with a beer and a smoke. I got a 2 dollar Guinness spot on the north side… my favourite little shit-hole bar but the people are real….you know, just good old hard-working old men telling tales of despair. We’d kick in the last remaining -not too gentrified- parts of the city… i try to stay away from plastics and glass faces unless I’m VIP and it’s free you feel me. We’d go bombing for sure if you paint… no doubt… freights, streets, don’t matter. Basically just smoke a lot of blunts, chill with females, record tracks, and drink like sturgeon. Rap activities to me usually mean criminal activities… I come from the slums and love grimy shit ya dig… you would definitely get a good understanding for the city… Chicago is a lot safer now so we can go to a lot of neighbourhoods that weren’t at all safe 7-10 years ago. Most people love it here, it’s like NY but bigger and with way less people. Definitely come in the summer or you’ll freeze your bun buns off.

How would you describe your music?

I’m not sure… I do what I do…. i can’t explain the sound but the content comes from my disposition and disappointment in all governments and the rich reptiles that control us. All we have is music… music is my only freedom.

Seeing pictures it seems that you have an out there fashion style. Would you say that you dress flamboyant?

Well honestly… i dress cheap… thrift stores mainly but i do buy nice things when I can but it’s not that important to me how fancy my slave made clothing is you know.

Who are your favourite rappers?

Well right now I’m really feeling Lil Wayne, but from where i come from and what I’ve learned i must pay homage to the teacher Krs One no doubt… Kool G Rap, my guys Bigg Jus & Orko Elohiem, my homie k-the-I??? is too sick, my guy Vyle, radioinctive… a lot of my friends I guess… lol… Lateef the Truth Speaker has always been killing em, but indeed i still bump Biz Markie, Ed Og, Mc Shan, Del, Ultra Mag, and a lot of late 80’s early 90’s east and west coast hip hop… too many to name… it’s hard to give exact favourites… there are so many good rappers on this planet… so many…

Do you like east coast or west coast rap better?

I have and equal amount of appreciation for both coast’s style… I’m sure you can tell in my raps… i was raised on Freestyle Fellowship the same way I learned from Krs One, but indeed i do prefer the darker side of sound so the east coast is a little more familiar to me being as though Chicago is more similar to New York and Boston more so then anywhere else on the planet besides war zones like Brazil and other 3rd world countries There is a calm depression that is tied tandem to city living that I feel has built my style in it’s original form… being as though I came from Rap but I always had an extra incentive to do more with the art.

Do you listen to any Canadian rappers?

Indeed I do… been a long time fan of Buck 65 no doubt. He’s a sampling genius but we all know that…. Sixtoo is dope as well and of course Sebutones is one of the illest crews to ever come out of Canada. Peanuts and Corn are cool… Noah 23 is dope… Kunga 219 is interesting as well… and you homie…

What are you currently working on?

I am currently working on the AngrySpace project with K-the-I??? and Dj Shortrock… we’ve already released a limited edition 7 inch last year on TornFormDrawing (TFD). I’m also working on a short Ep for NET 31 records as well… and at the start of next year TornFormDrawing will be releasing a limited edition high art 7inch series starring, myself, radioinactive, K-the-I???, Bigg Jus, Orel, Orko Elohiem, DJ shortrock, Crush Con 7, Minotaur, Right Eye Rita, Vyle, and a few others I’m not sure yet… all art will be done by hand and distro will be selective… the project will have a website for itself indeed… other than that I’m steady making better connections and wonderful friends along the way. I’ll also be putting out Vyle’s highly anticipated mix tape in a few weeks… I’ve also been collaborating with Eliot Lipp, Epic, very experimental tracks with the Minotaur, radioinactive, Vyle…

Do you have any last words?

TFD is the Future… thanks for love Epic! let’s get these tracks done homie… hollatech. 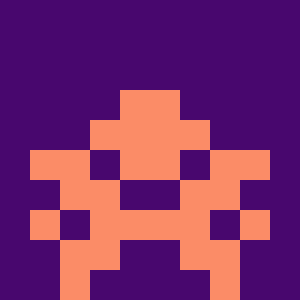 V8 – Drowning In An Exosuit: The Underwater Album